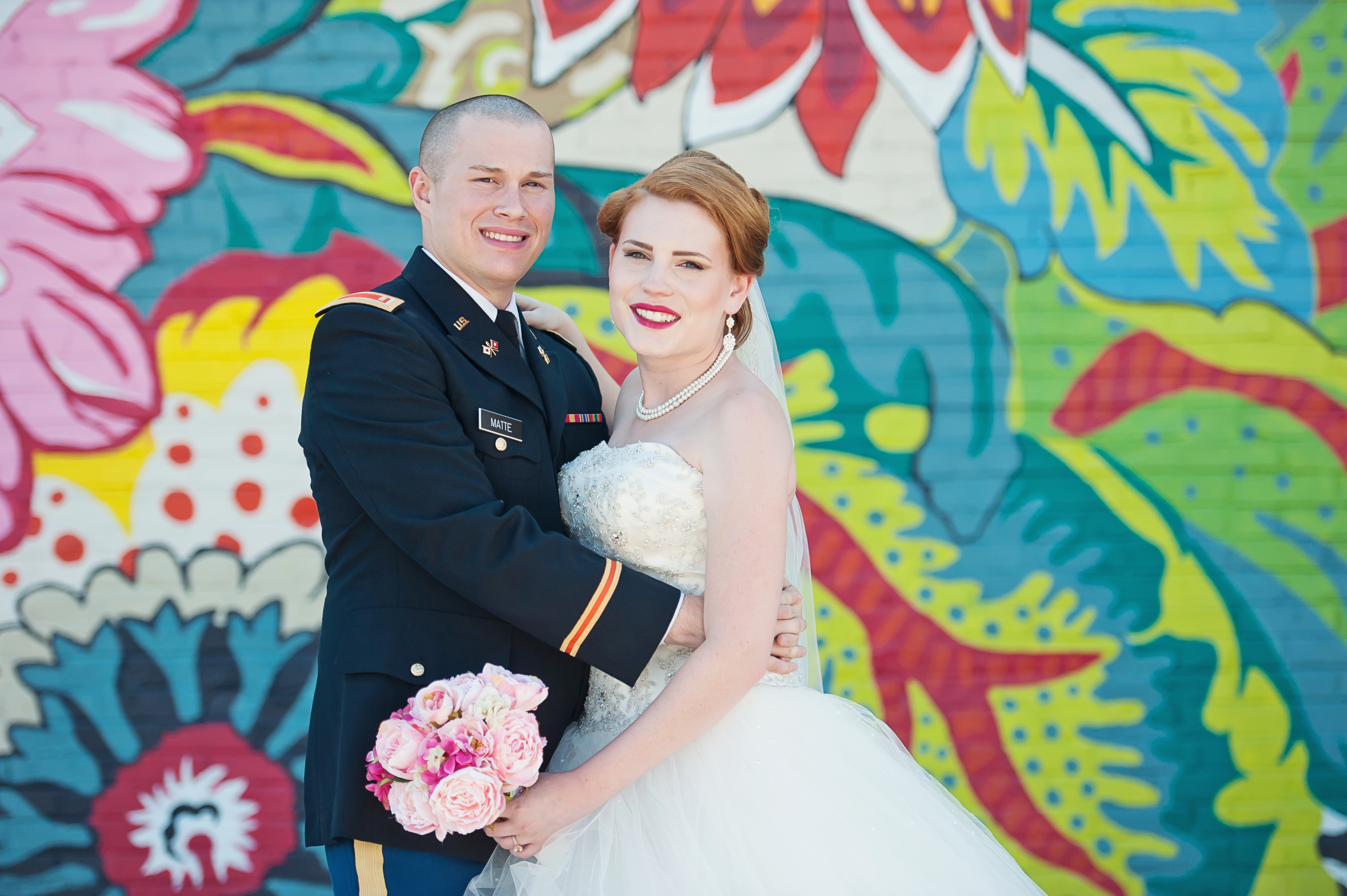 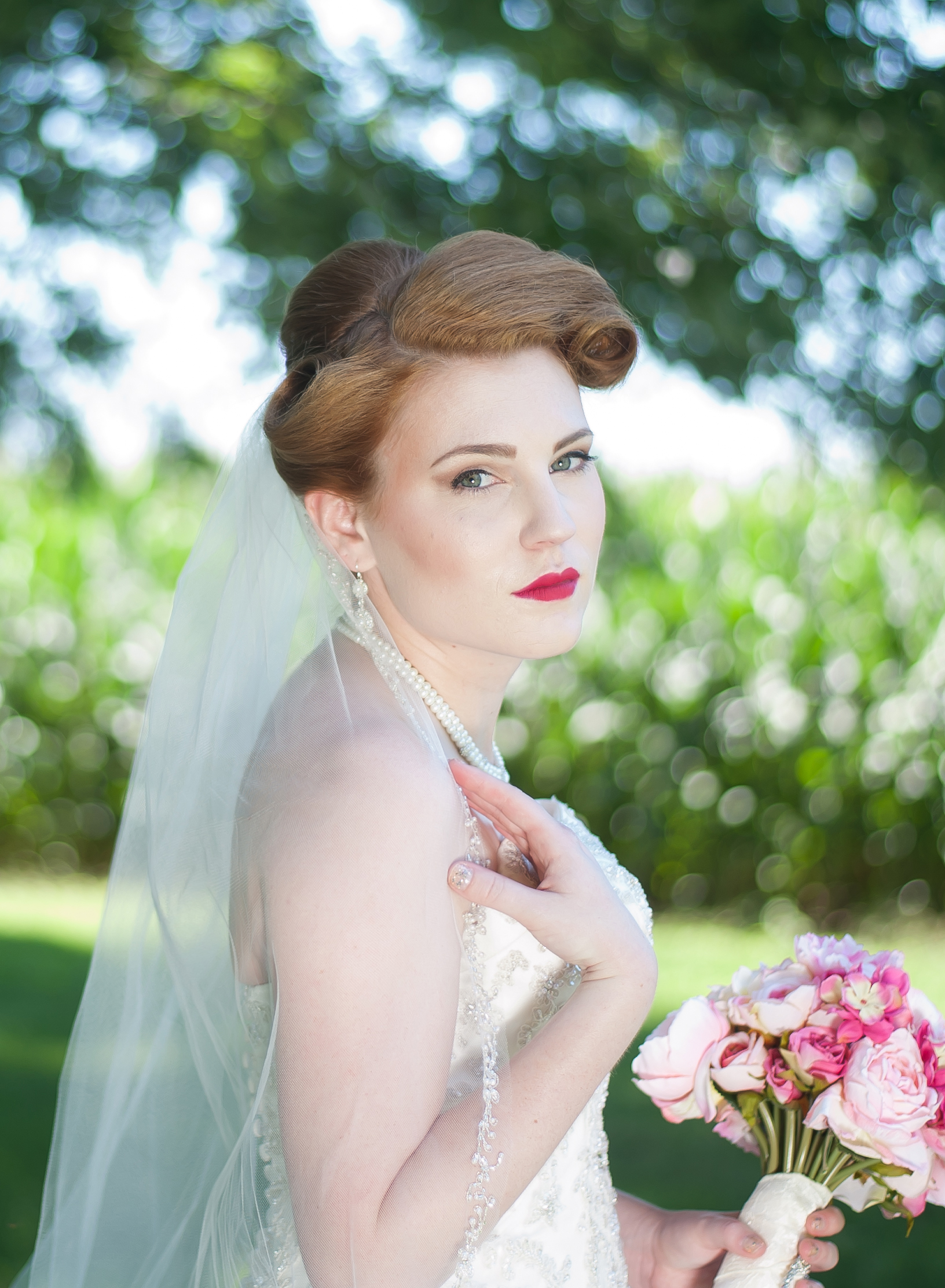 “Lucas and I met when I transferred to USI. My first day of classes in the fall of 2012, I went to look for a student worker job and he was sitting at the desk reading when I came to ask for an application. Anyone who knows Lucas can attest that him taking time from reading to give me information  I must have made a good first impression. Once we started working together I got his number from the roster of other workers and came up with reasons while I was working for him to come by and see me. I had to work until 2 A.M. once, and he kept me company. We became really close friends and would hang out when he wasn’t busy with ROTC. I remember asking him to things and being so disappointed when he couldn’t go, and I should have known that I liked him. Over Christmas break the following year, we watched a lot of movies and tv shows together when he finally told me he was interested in me more than just friends.

From early on in our relationship, we always talked about getting married one day because we were inseparable and always had the most fun when we were together. We got engaged in August of 2014. I knew he would “pop the question” soon and the type of person I am, every day I saw him I would tease him like where is it? Did you bring it? And pat around looking like I would find it. Then he planned a trip for us to go to Nashville and before we left he asked me to marry him at my parent’s house, the place I’ve lived since I was a baby.

After that, we bought a house and started planning! In 2015, we planned to get married the beginning of August, and when March of that year came, we got news that he would be gone for the military starting the end of April until the middle of August. The problem was we had paid for everything and had planned it all for August 1st. So, he was able to get permission to leave late the Thursday evening of our wedding weekend and go back to his base Sunday morning. This gave us 48 hours to get married and get him back where he needed to be.

Our preacher married us, I remember I was too excited to cry and it was so hard not to laugh because Lucas and I are never that serious staring into each other’s eyes. After he ceremony, we made our way to the reception area that we had worked so hard to decorate. My style is very eclectic because I really can feel the energy or see the story behind things that have a history. Most of America’s presidents dating back to Lincoln have come by the Old Courthouse so I really felt like that would be an awesome place for our reception. Lucas and I both live history and the Old Courthouse is a huge part of Evansville’s history. They tried to tear it down ,once but the amount of limestone would be so expensive to move, it has a permanent home here. Same with Blythe Chapel, it was important to me that we had a place to celebrate but also it would be in a place that had stood the many tests of time and lots of life had been lived in them.

Finally, after months of being apart, I picked him up from the airport after his flight had been delayed. We sprung into action that next Friday morning to setup for our reception and decorate the church. We also were barely able to get our marriage license so we could actually BE married since he hadn’t been home in the 30 day period they give the couple to come down to the clerks office and collect your license. Everything fell into place just in time for our wedding the next day.

Saturday morning, I got up early and went to get my hair done. I was so nervous and excited at the same time. Lucas is calm 24/7, and I hadn’t seen him since the night before but I knew he wouldn’t break a sweat no matter what! That always makes me feel better because he’s the face of calm. After I got my hair done, I went and got ready at my parents house with my sister, cousins, and best friend. The guys basically just wait around for the women so they have the easy part of the day. Once we ladies were ready, we went to get our photos taken. Autumn, our photographer, is the perfect person a nervous bride needs to see on her wedding day. She genuinely is probably one of the nicest people I’ve ever met and she captured a lot of the moments at the time it’s a blur and you forget until you look back on the photos. Blythe Chapel was my childhood church. I was born on a Sunday evening and that’s where I was the next Sunday. What’s always been important to me is that I get married there because not only is it super close to my childhood home, I have two siblings that didn’t survive after birth that are laid to rest in the cemetery. It had a rich history in our area and it’s a part of my life. Most of the people who saw me that very first Sunday are also no longer with us and are in the cemetery so in a way I felt like they were all there with me.

After we got to the reception, we ate and socialized, all the while seeing a lot of people we don’t get to see very often. That’s the great part of weddings is just everyone you care about being around you at one time and celebrating your story, no matter what it is that brought the couple together! Then, the next morning, Lucas went on his way back to base. We were able to go on a road trip out West the next year to finally have our honeymoon! Even if it was a little late.”

CEREMONY Blythe Chapel Owensville, IN
RECEPTION The Old Courthouse, Evansville, IN
PHOTOGRAPHER One Fine Day Salon and Photography
FOOD Ann Farmer (family friend from Haubstadt, IN)
CAKE Judy Bigge Evansville, IN
DRESSES Ella Park Bridal Newburgh, IN
TUXES Men’s Warehouse
FLORAL Bride
HAIR Hannah with Shannon Aleksandr Salon and Spa Evansville, IN
MAKE UP Emmaline Forkel (bride’s sister)
DECOR Bride and her mom- “We went to antique shops, book shops, and Goodwill to get the glass or china. Then I made my arrangements/centerpieces and backdrops with fabric and flowers from Hobby Lobby”