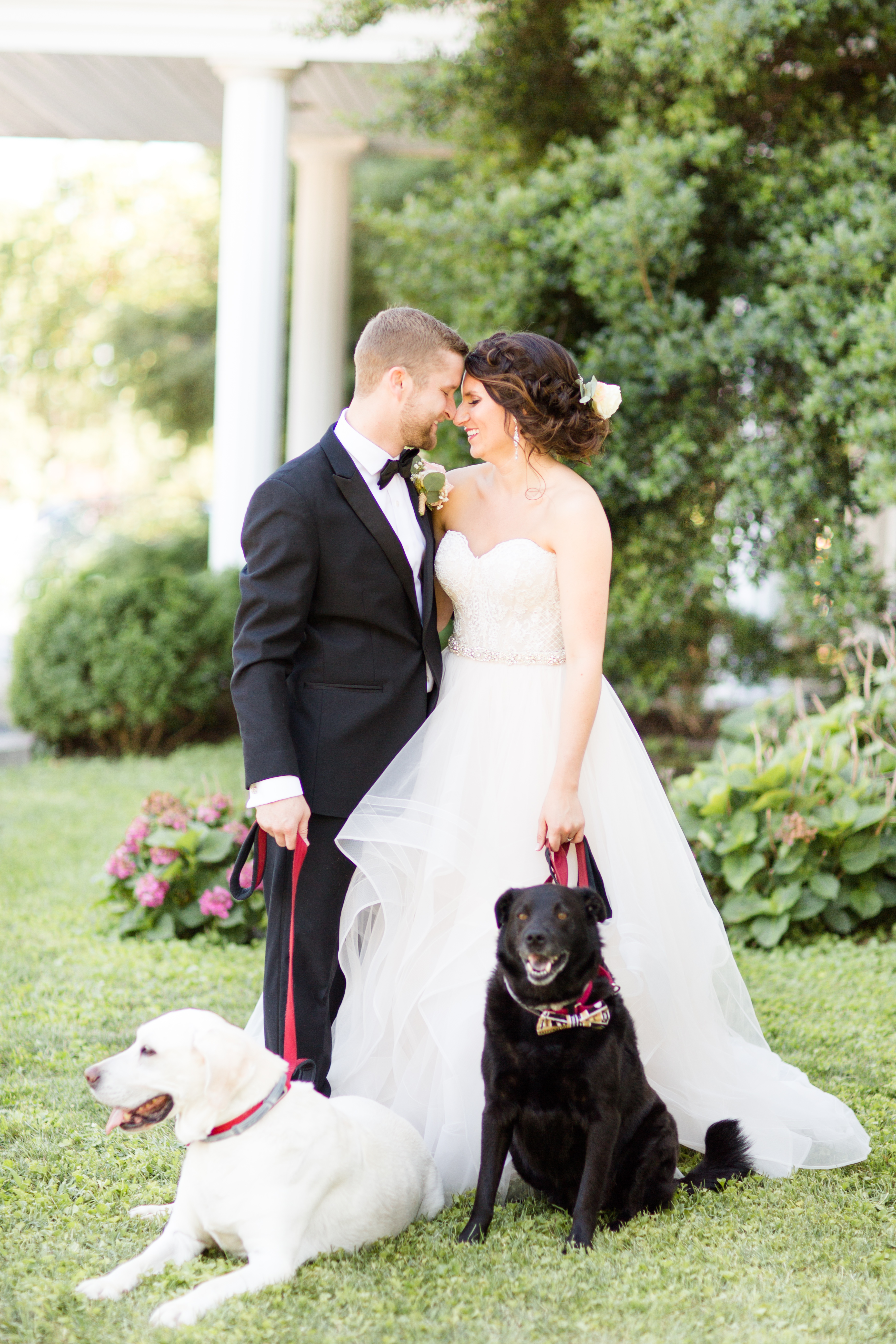 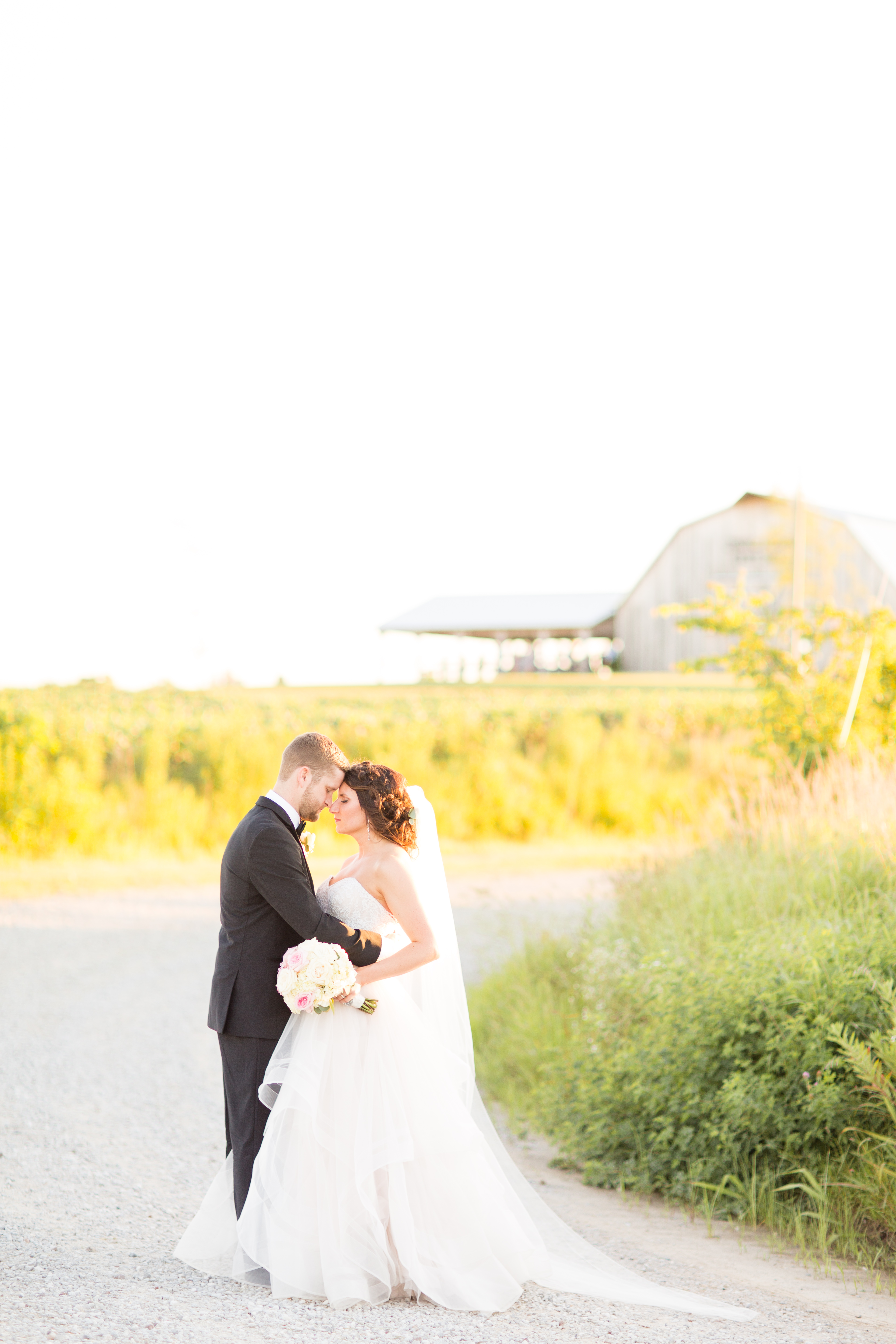 ‘When two hearts, swipe right.’ It was a sunny Thursday afternoon, around 3PM, red hats and purple shirts filled the room. Sounds like the most romantic first date you’ve ever been on, right? Connor and I both worked crazy jobs when we first met, and an early afternoon dinner was all we could fit on the books (I know, you’re thinking we are the coolest humans on the planet right now). I was right in the middle of harvest and Connor was juggling his day job with coaching high school girls soccer at my alma mater, Evansville Memorial. We met through online dating, but the only reason we both admitted our initial attraction to each other was because we both had profile pictures of our pups. We planned to meet for pizza on our short breaks between shifts, and he agreed to pick me up at my parents house because what twenty something year old doesn’t want free rent? I watched this white Ford Fusion pull in and out stepped this blonde haired, blue eyed goober in high-water jeans, button-down shirt, and boat shoes. He was just about the cutest thing I’d ever seen. First dates are always awkward, but this one was different. We were relaxed, and we started poking fun each other with jokes as soon as we got our appetizers. I shortly knew this was the man I was going to marry….it only took him two years to catch up. We have surprised each other in every way possible. Through endless moves (Indiana to Maryland, and then all over the D.C. metro area), he has remained constant and so loving. We are so blessed and thrilled to be one of Tinder’s success stories, apparently they don’t all end this well, but we’re excited to continue ours!

I had plans to go out with my girlfriend Jeannie that evening, it was Taco Tuesday, so where else would we be besides a Mexican restaurant downing margs? Connor and I had just recently adopted two horses, and Jeannie kept bugging me to stop by the barn to see them. I had already had a long day, and all I wanted was some tacos and tequila, so we decided to stop by the barn another day. As we’re sitting there, margarita in hand, I get a call that one of my horses had gone down, and we weren’t sure what was going on. As a horse person, I was asking every sort of question, trying to avoid another trip to the barn. Would the horse be fine until morning, is he bleeding, is anything broken, etc, etc, etc? Panic quickly set in as the narrative of the horse’s condition strangely got worse each time I decided it wasn’t urgent enough for me to leave dinner and head to the barn. I called Connor, and he convinced me I should head to the barn to check on things. As I arrived, I noticed the barn lights were off, but I was so worried about the horse that I couldn’t spare any additional thoughts on it. I ran into the barn and turned all the lights on, and there stood Connor, in a suit, holding a dozen roses, and our two dogs at his side. First off, I’m thinking, is those horse ok? Second, why are you in the barn wearing a suit? He starts to laugh. Panic brain is a thing, because I had absolutely no idea what was happening until he knelt down on one knee. He began to talk about our life together, how in two years we’ve made it through more than most married couples of ten, and that he couldn’t imagine spending his life with anyone but me. He continued on, our two pups dutifully sitting right next to him, and then proceeded to pull out the most beautiful ring I’d ever seen. I melted, obviously said yes, and then continued to take some awkward engagement photos that Connor will never let me live down.
Design / Style:

With our wedding style we wanted to keep things classy, simple and elegant. The theme was “Back Home again in Indiana.” Our church and barn were already so beautiful, so we just added light touches to spruce up the room: some greenery, candles, gold accents and items that meant a lot to us. We really focused on making sure our friends and family felt like they were walking into a warm place, because if Indiana is known for anything it’s our hospitality. We made sure to keep décor to a minimum, but really focused our reception around our love for home. Our big show stopper was the hanging garden behind the head table: something unique, simple and we used roses from my mothers garden.” 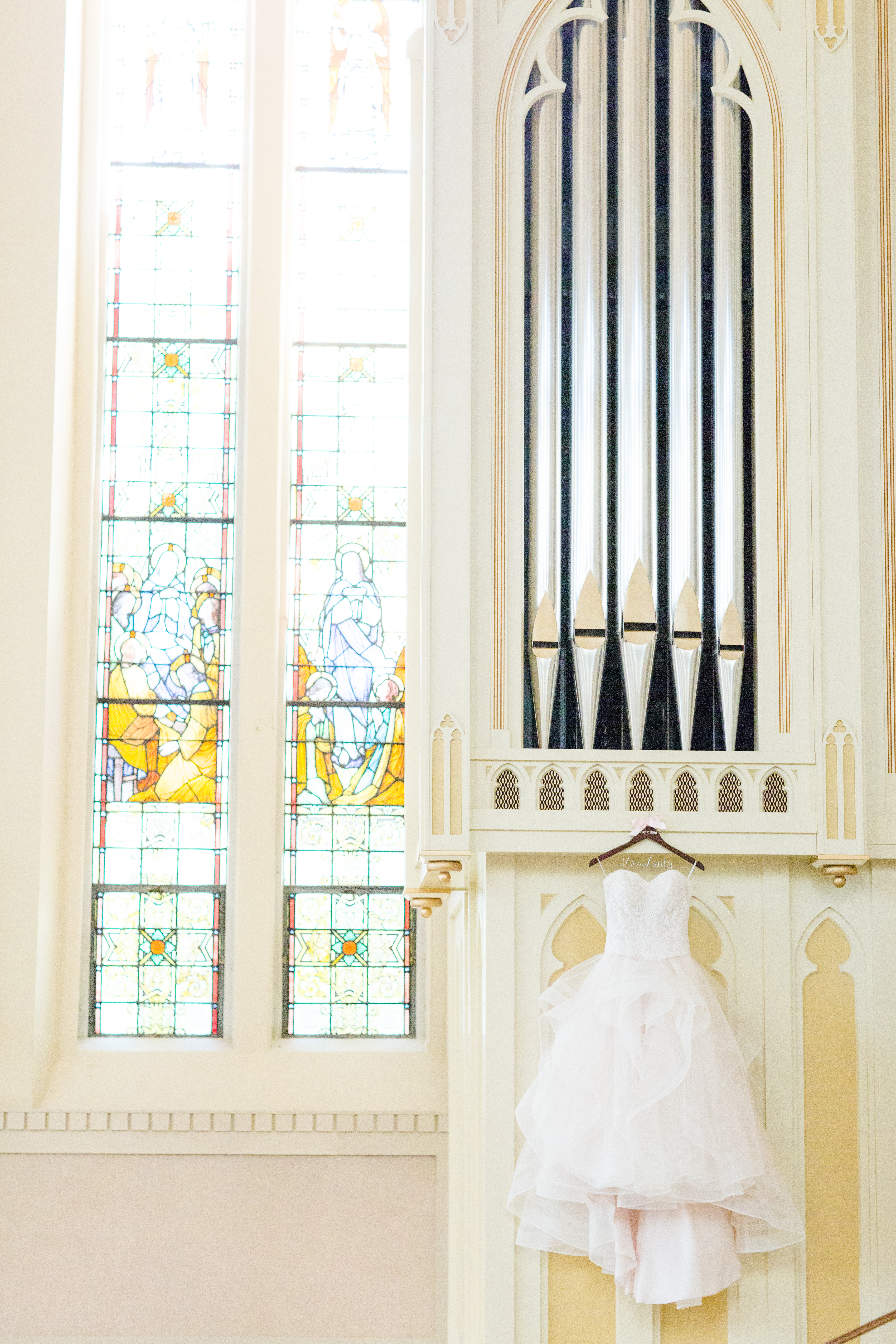 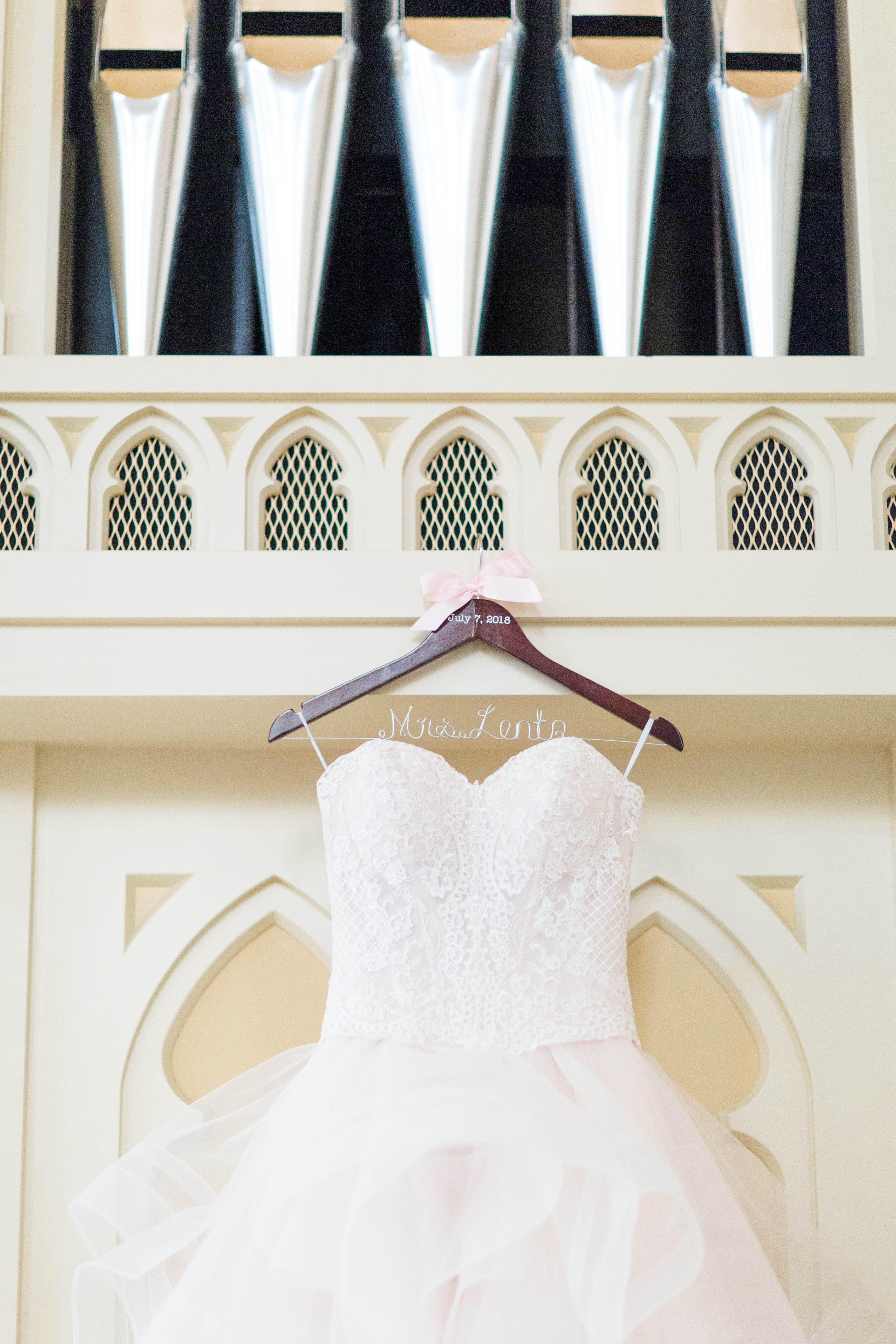 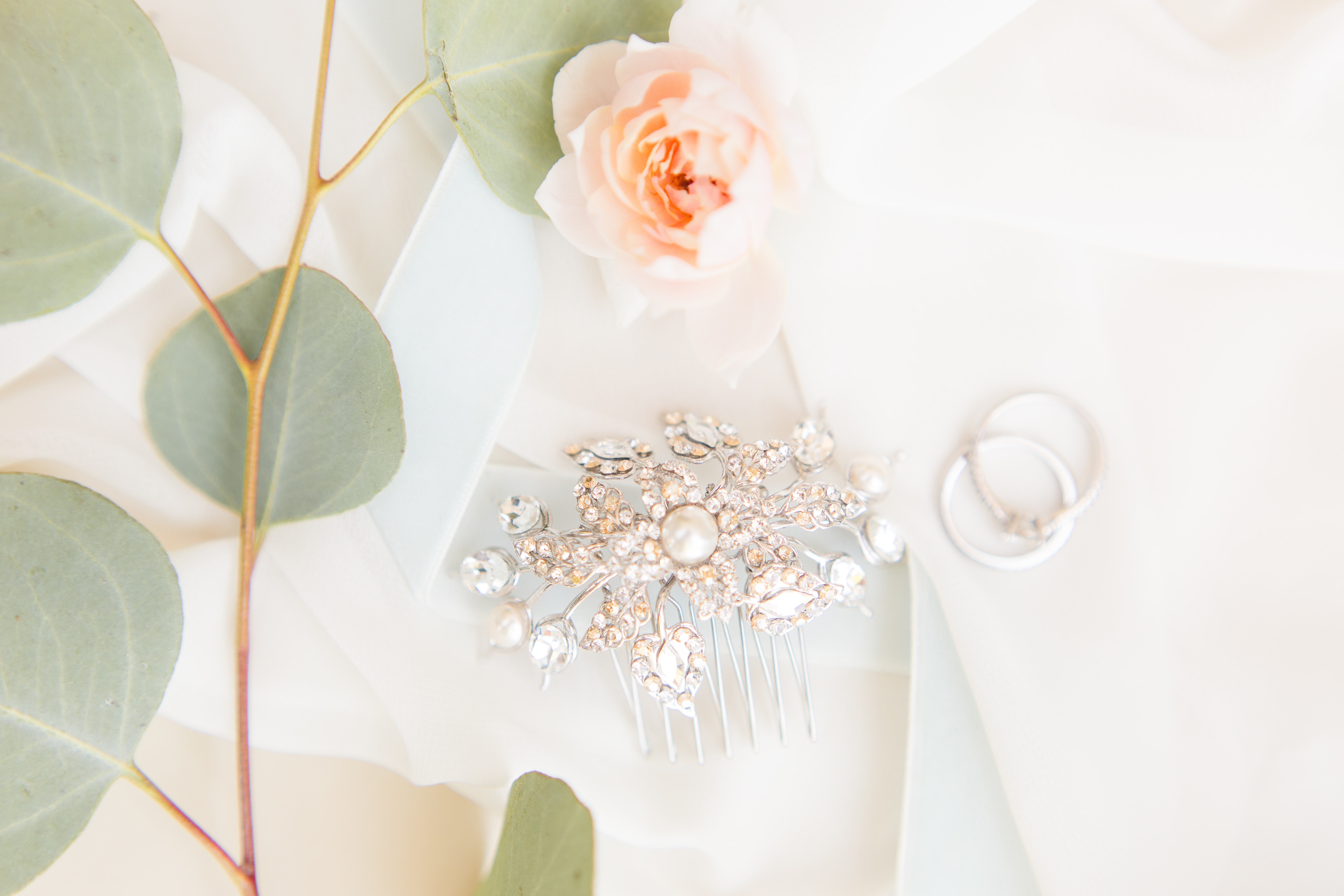 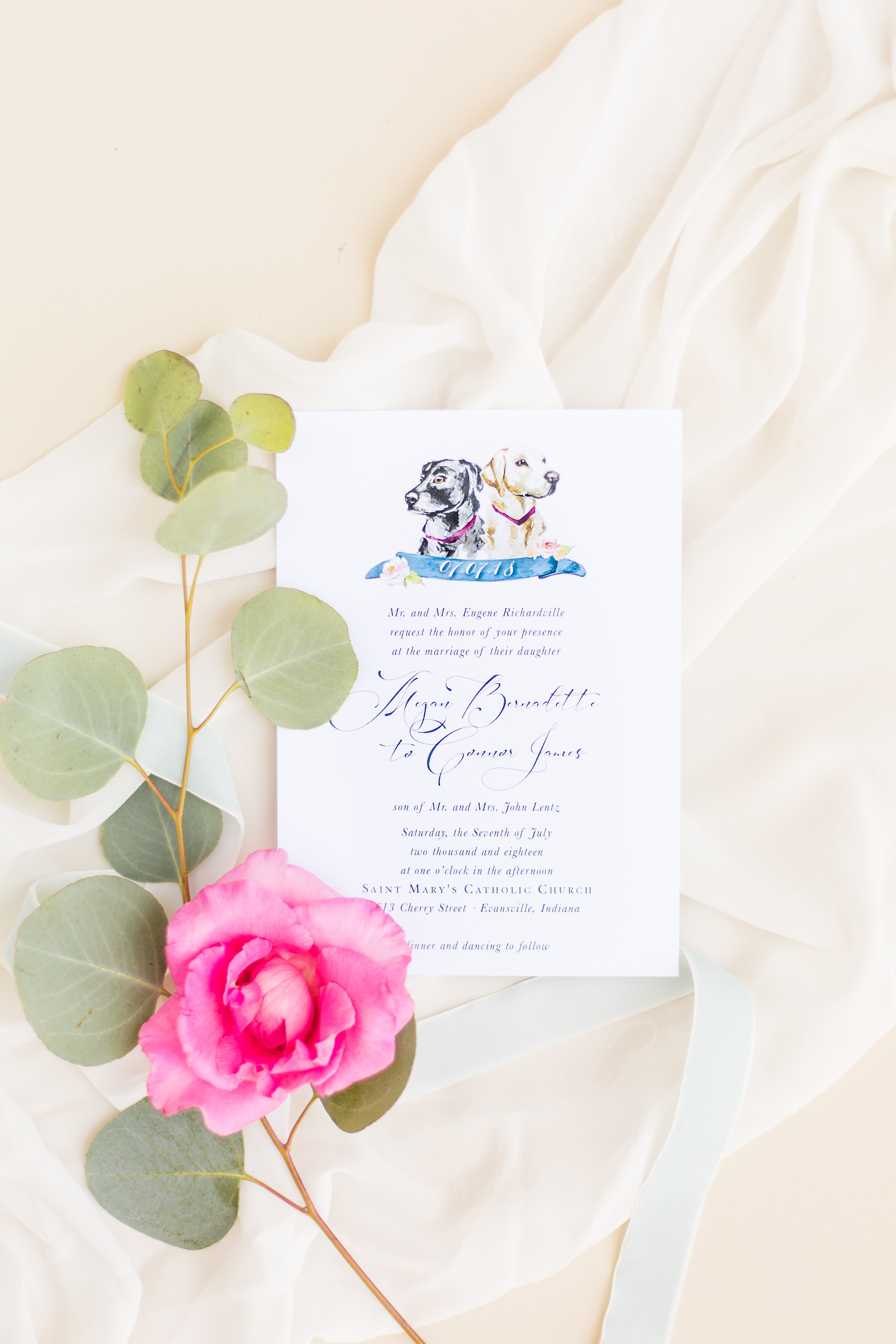 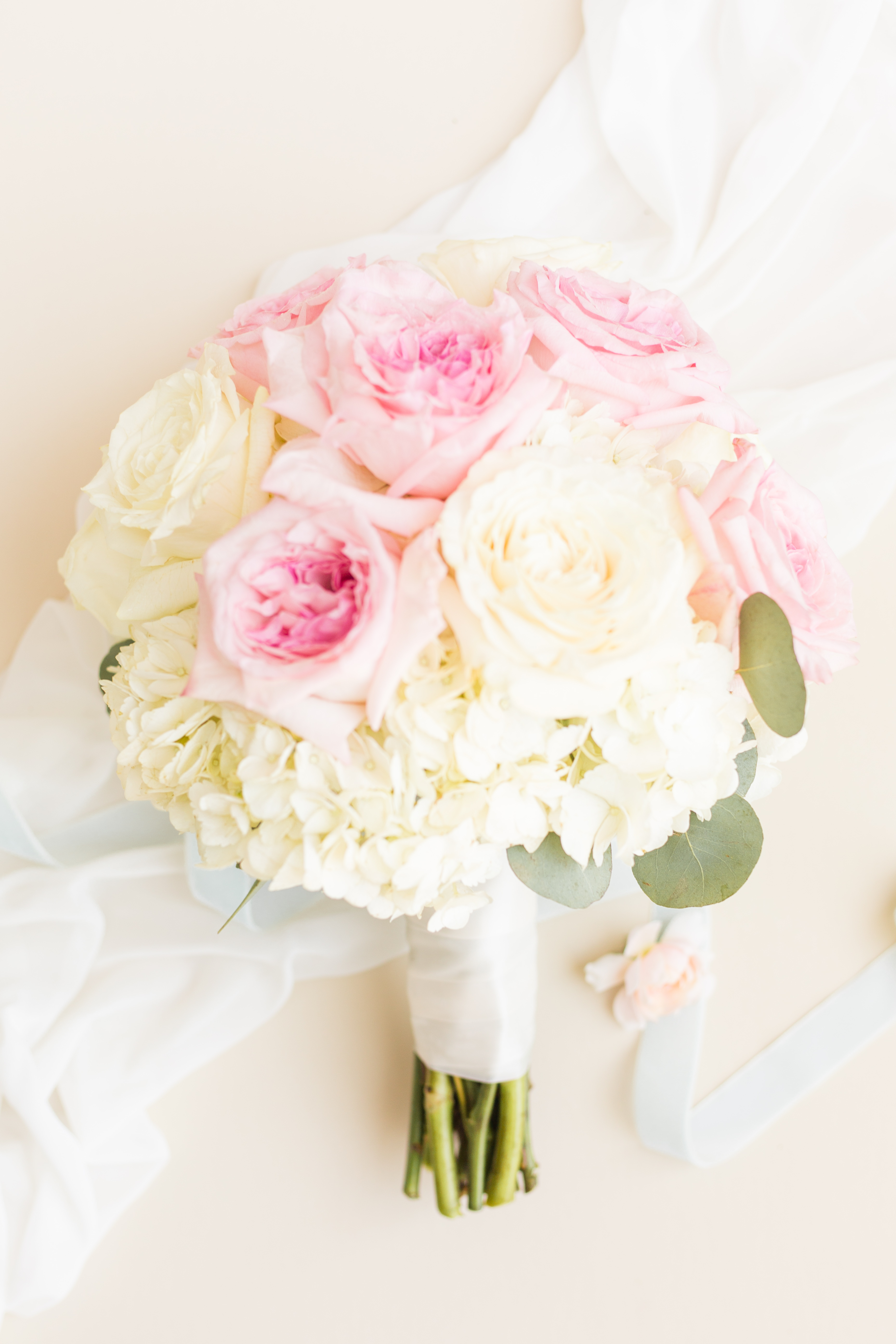 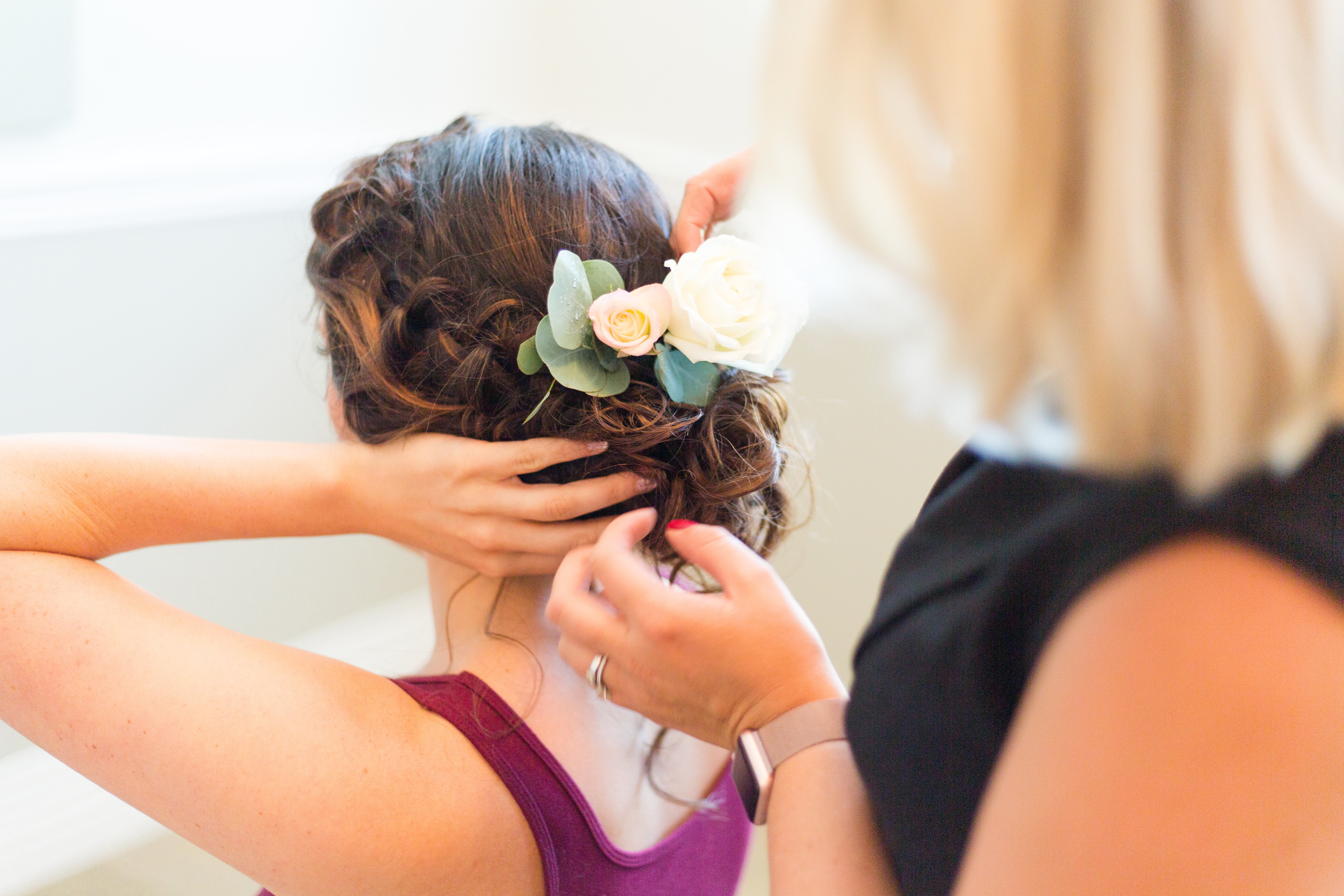 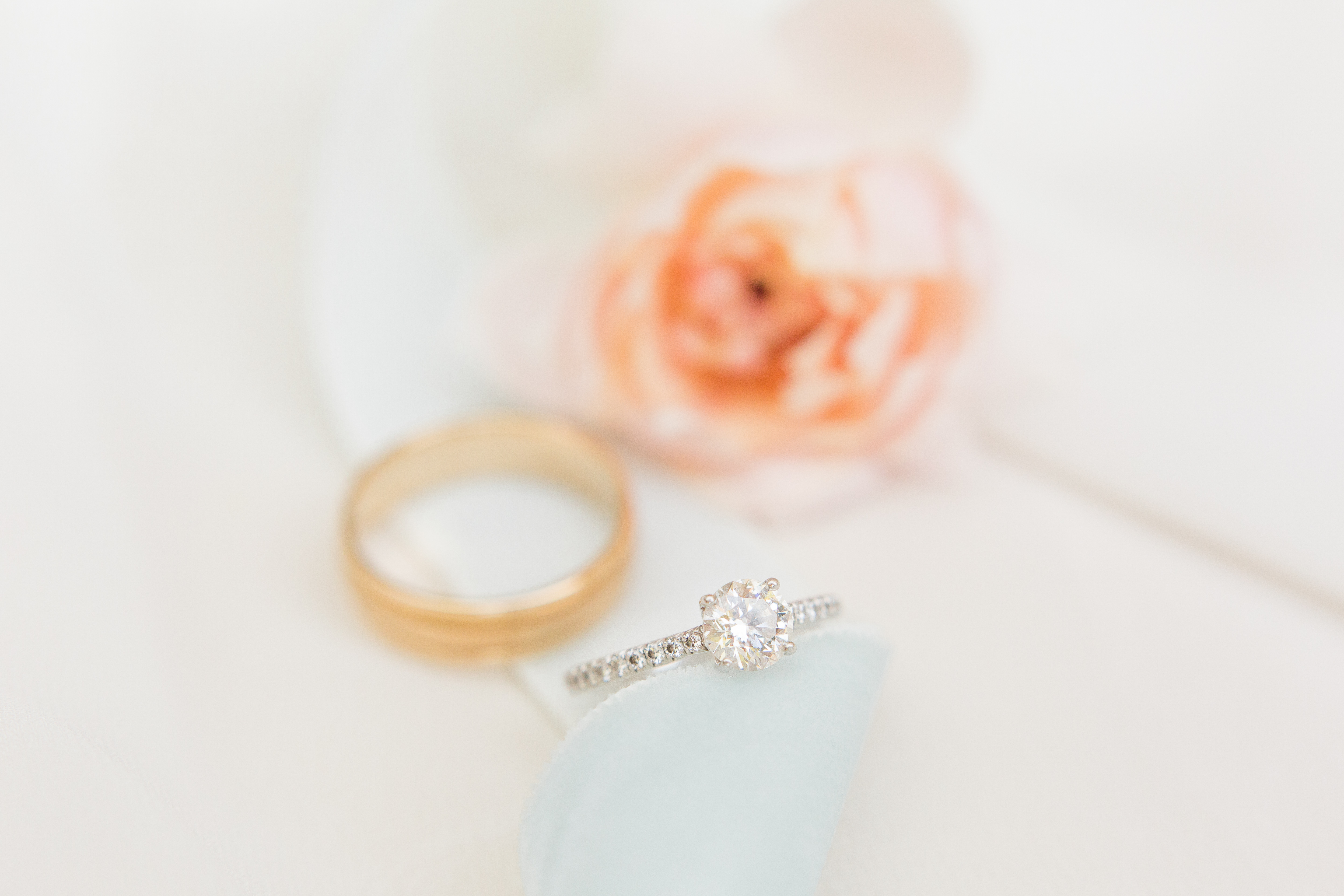 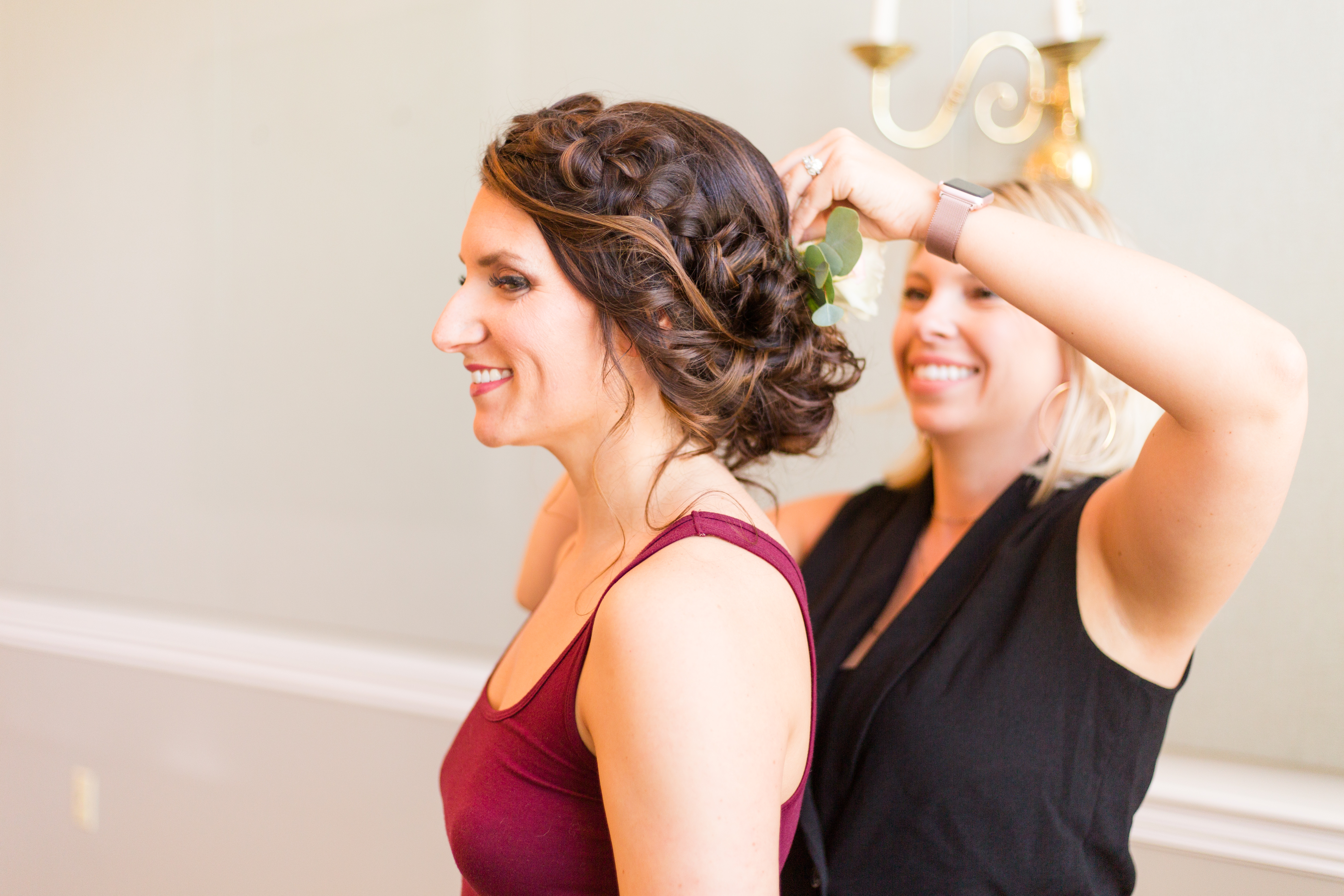 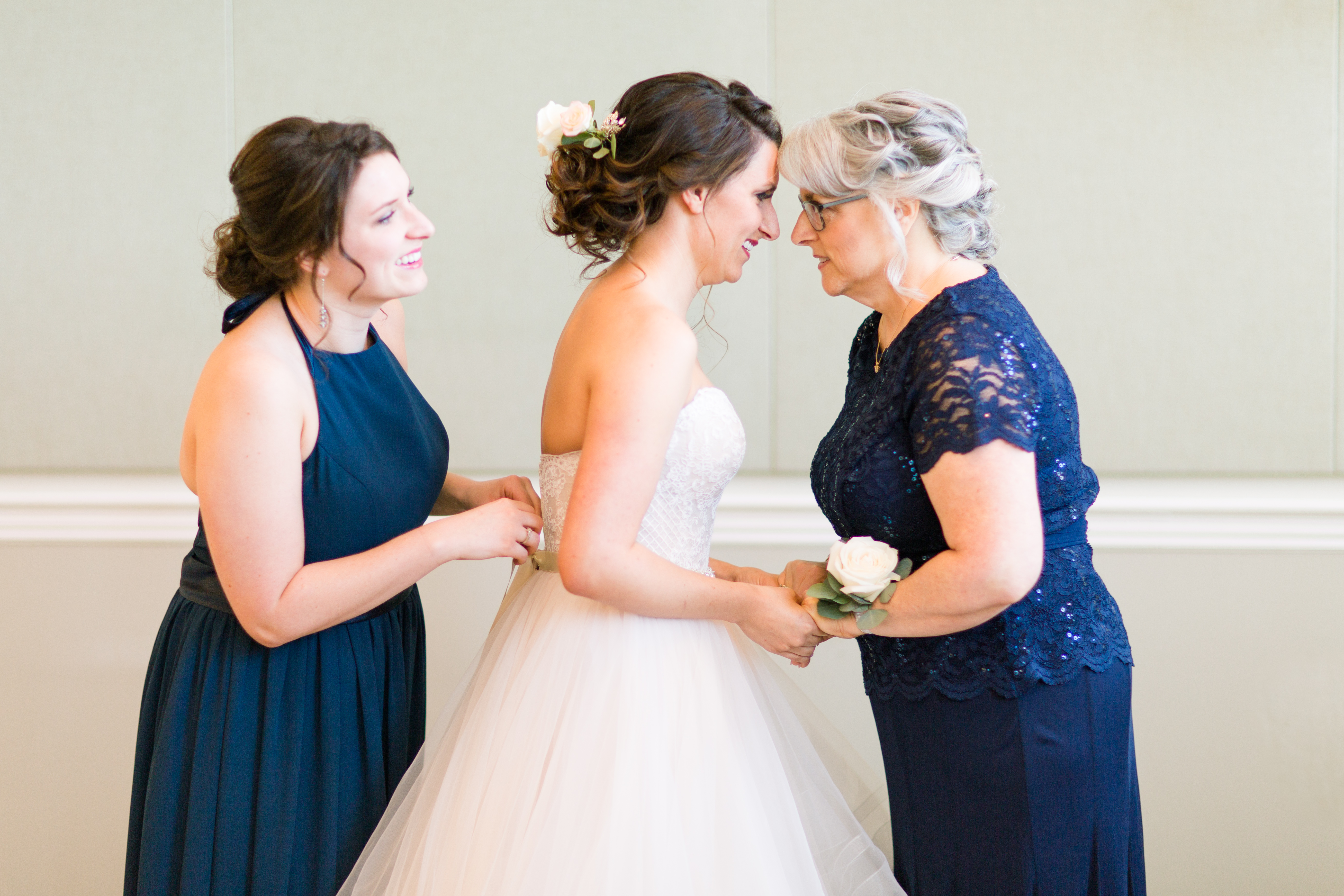 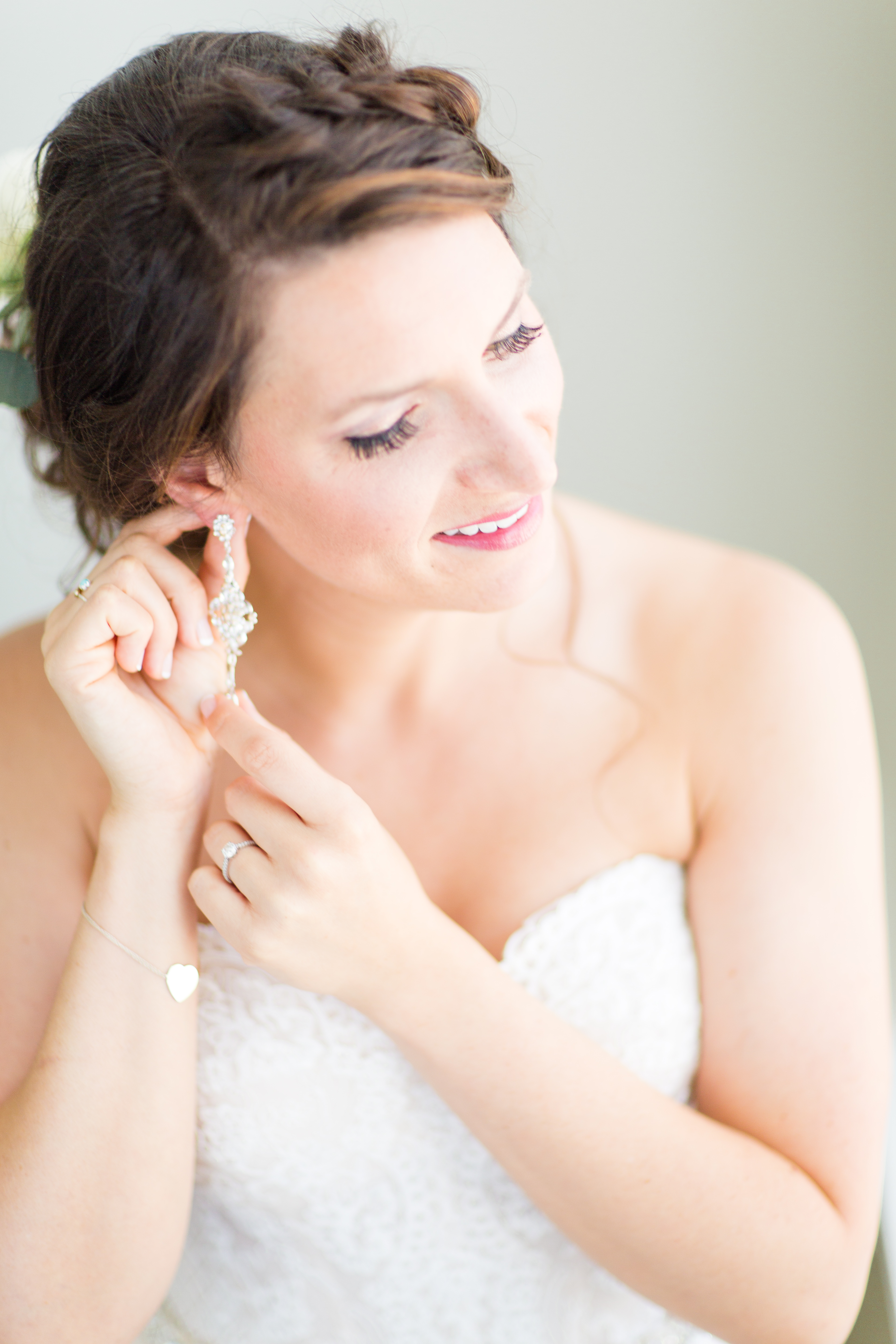 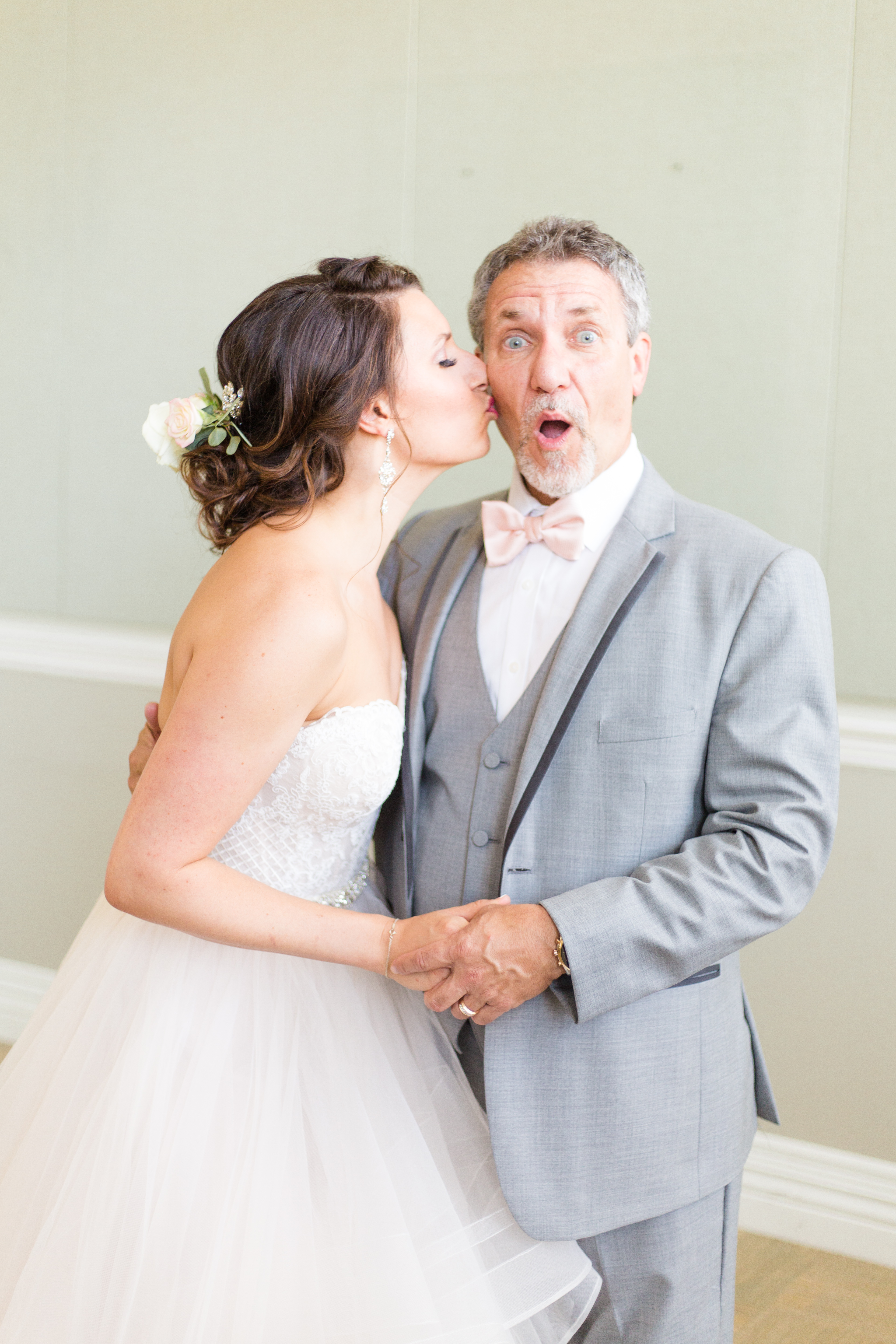 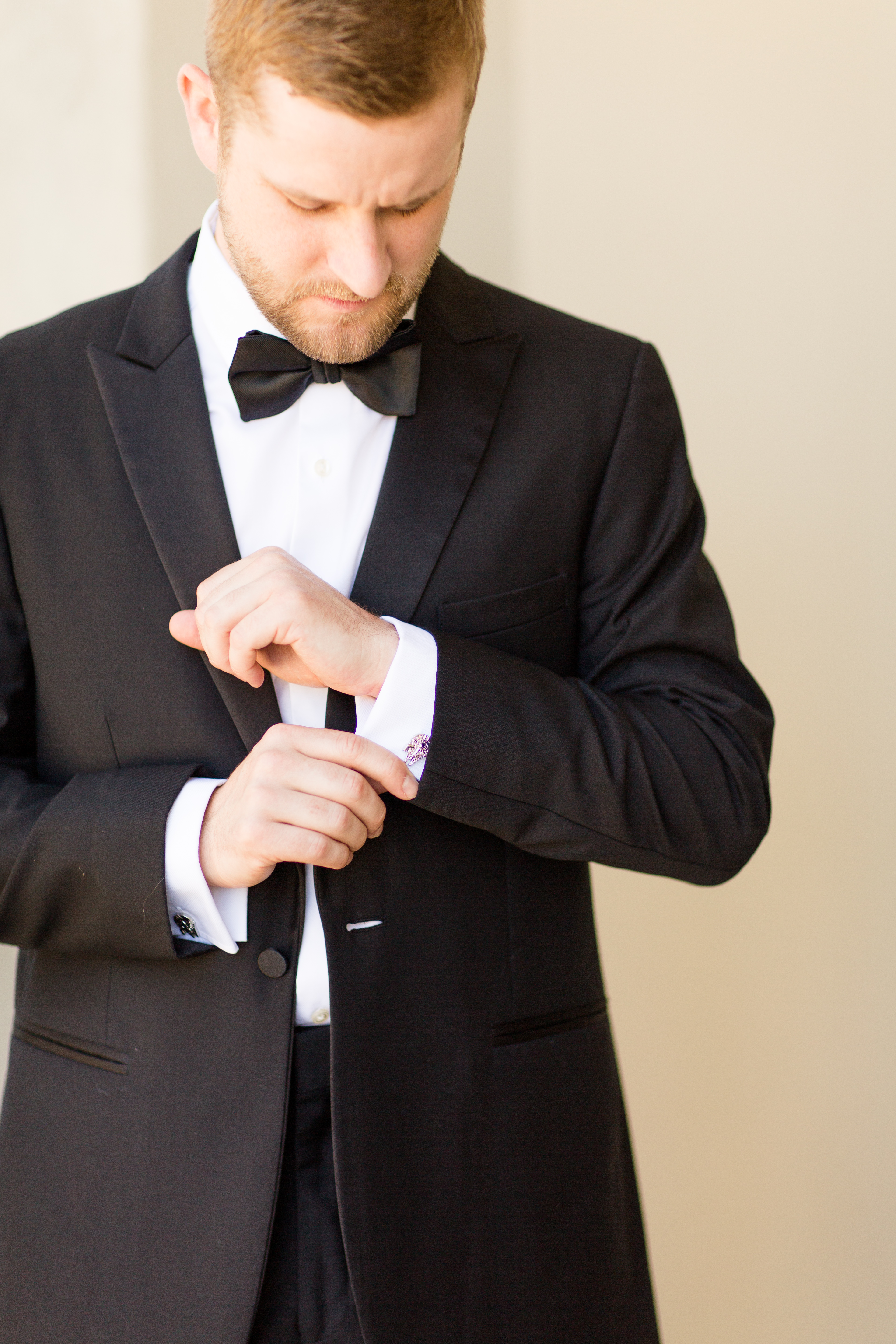 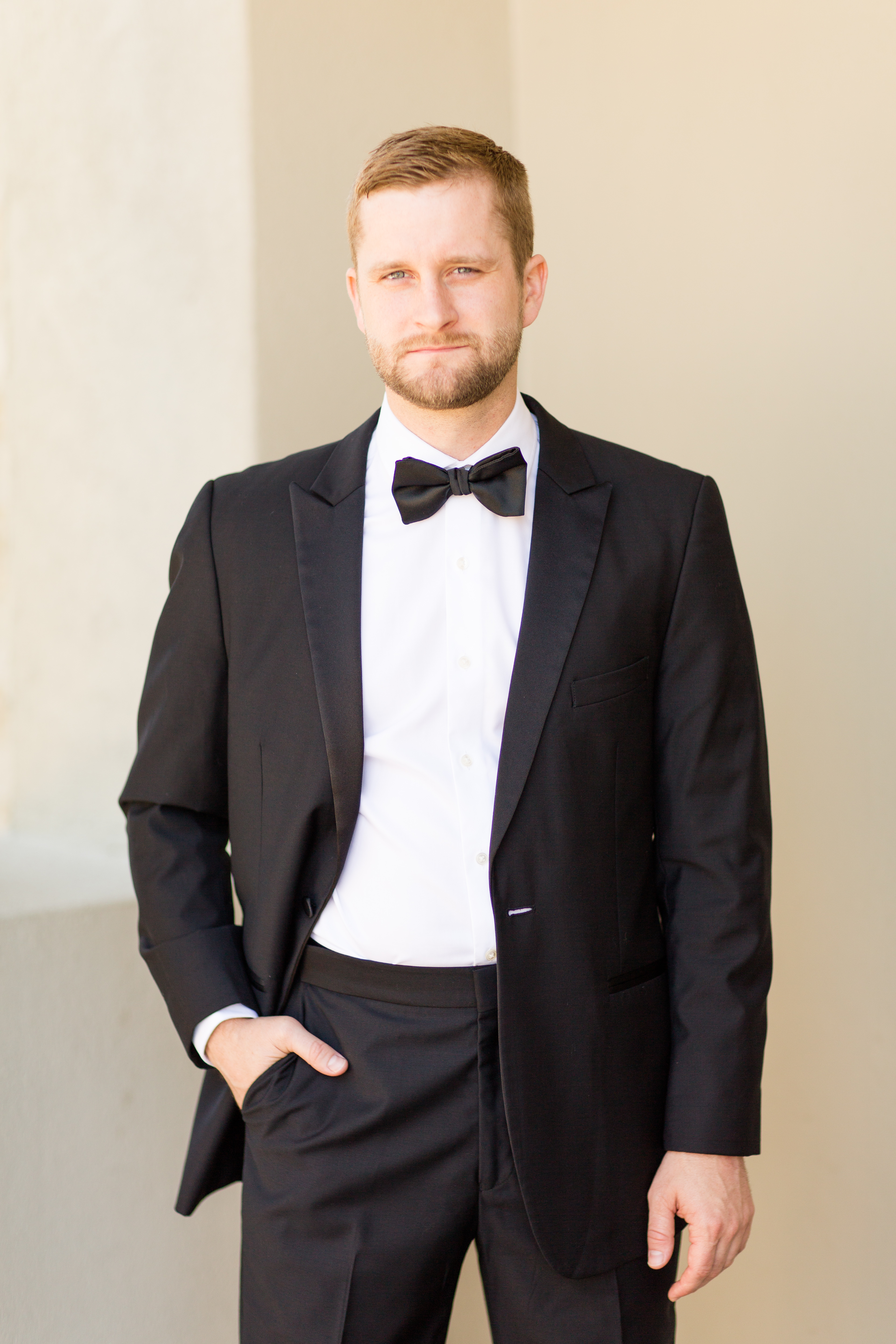 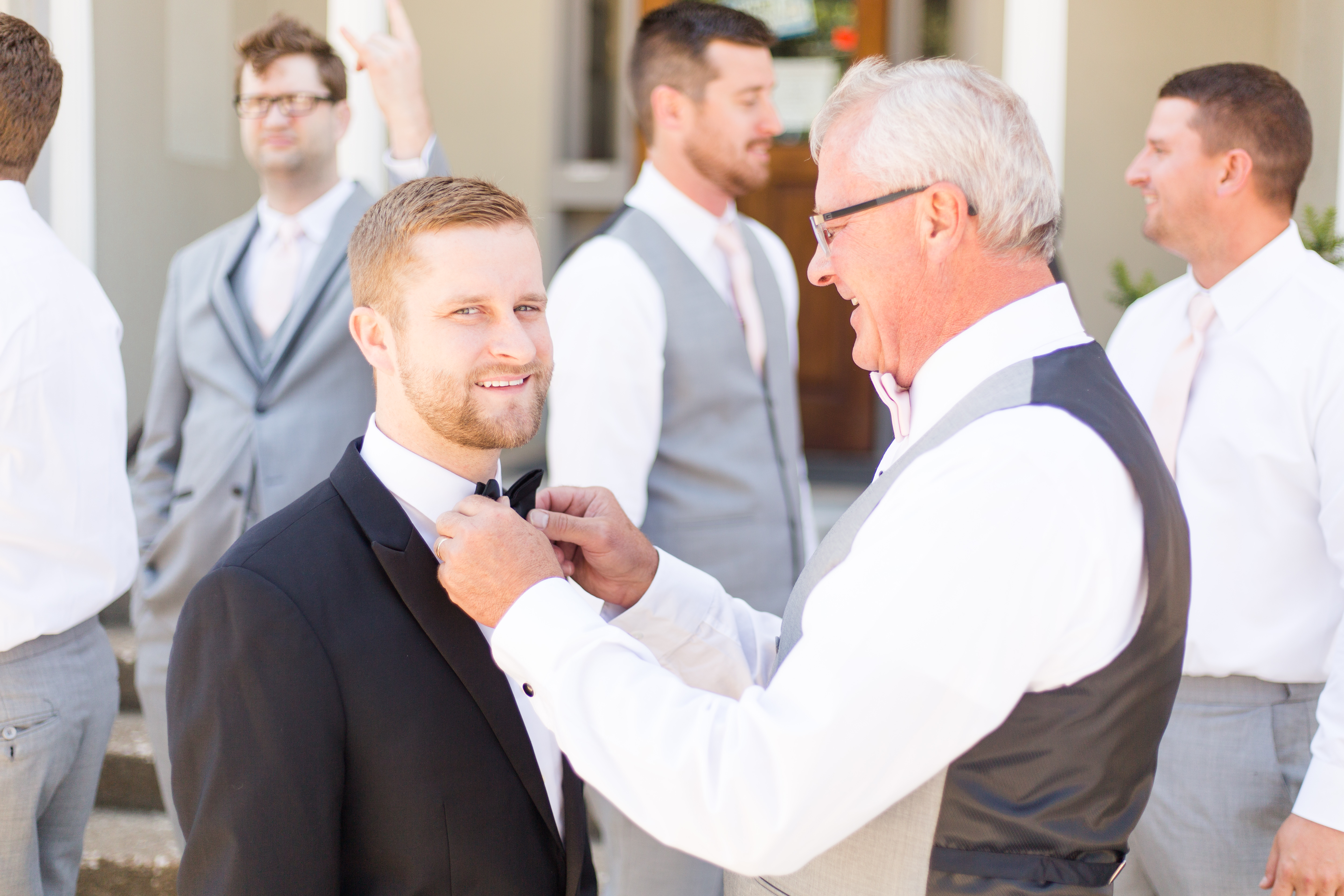 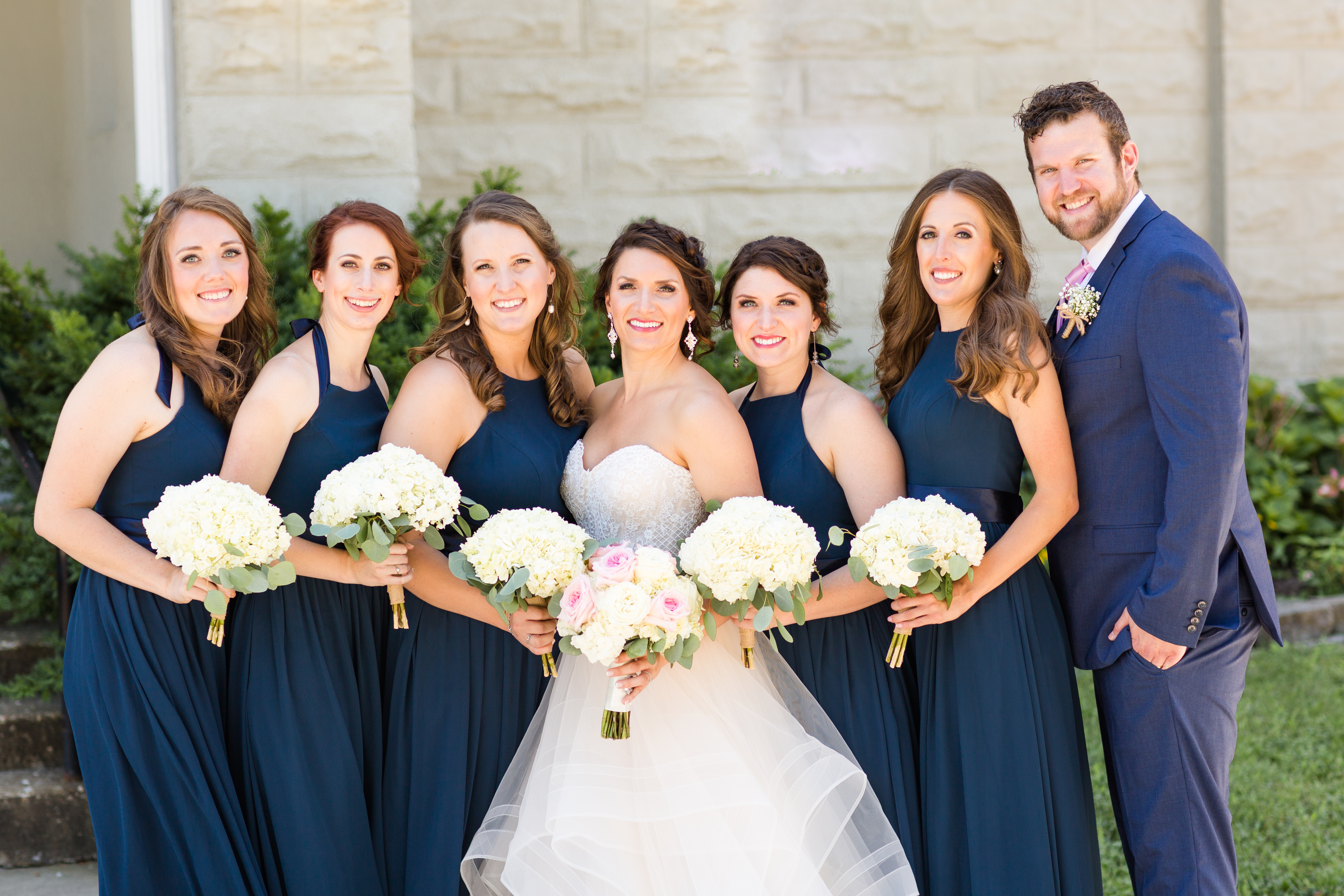 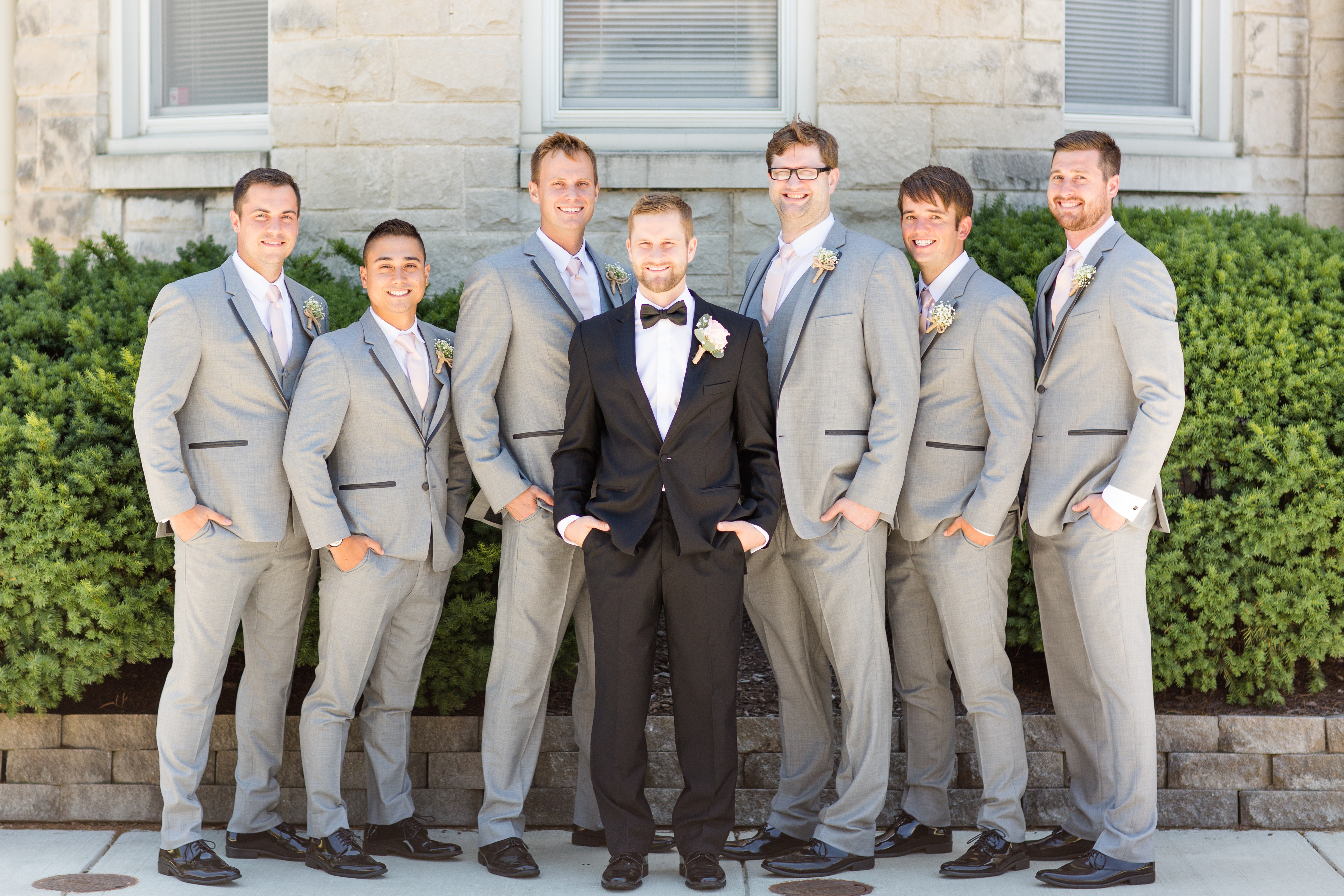 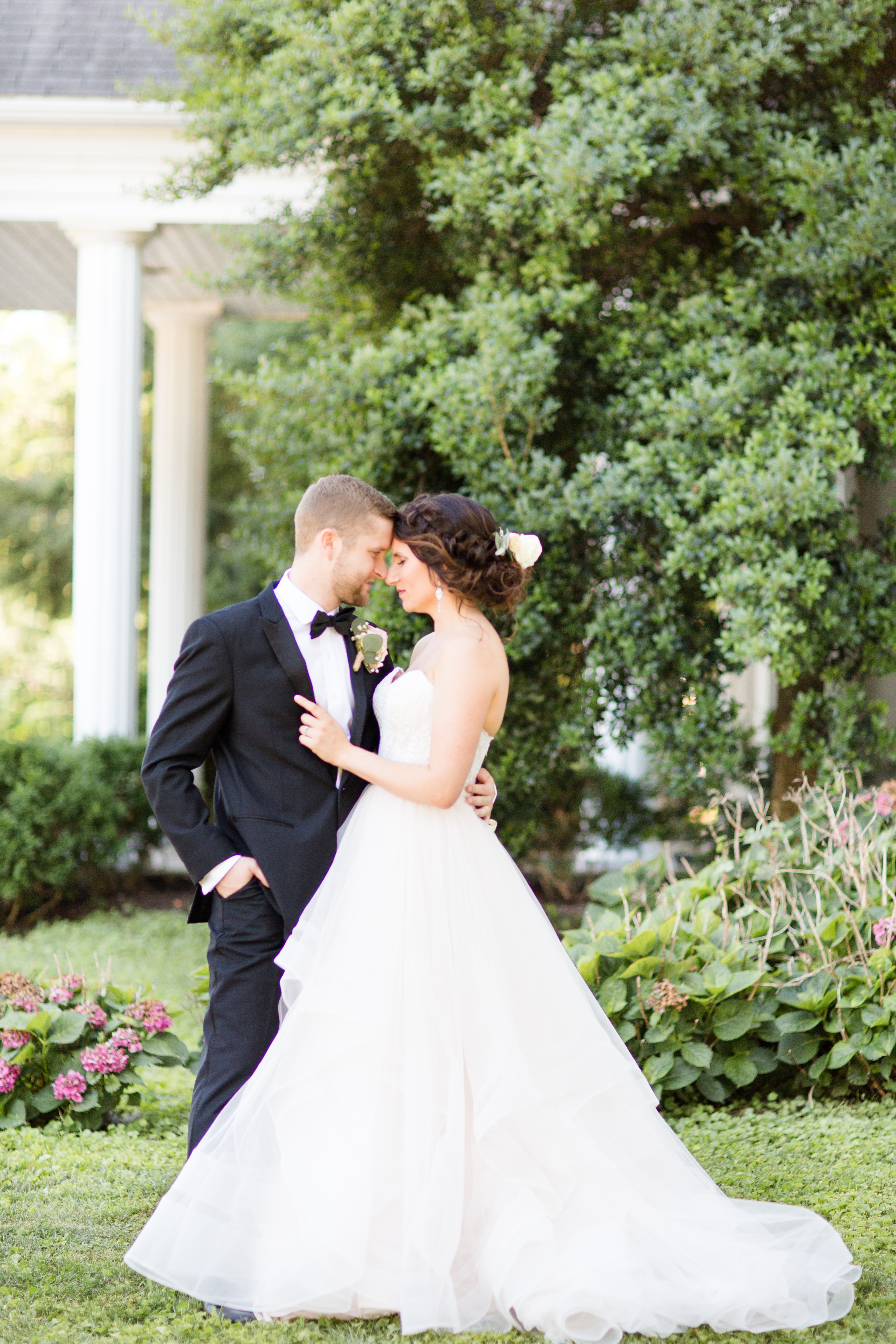 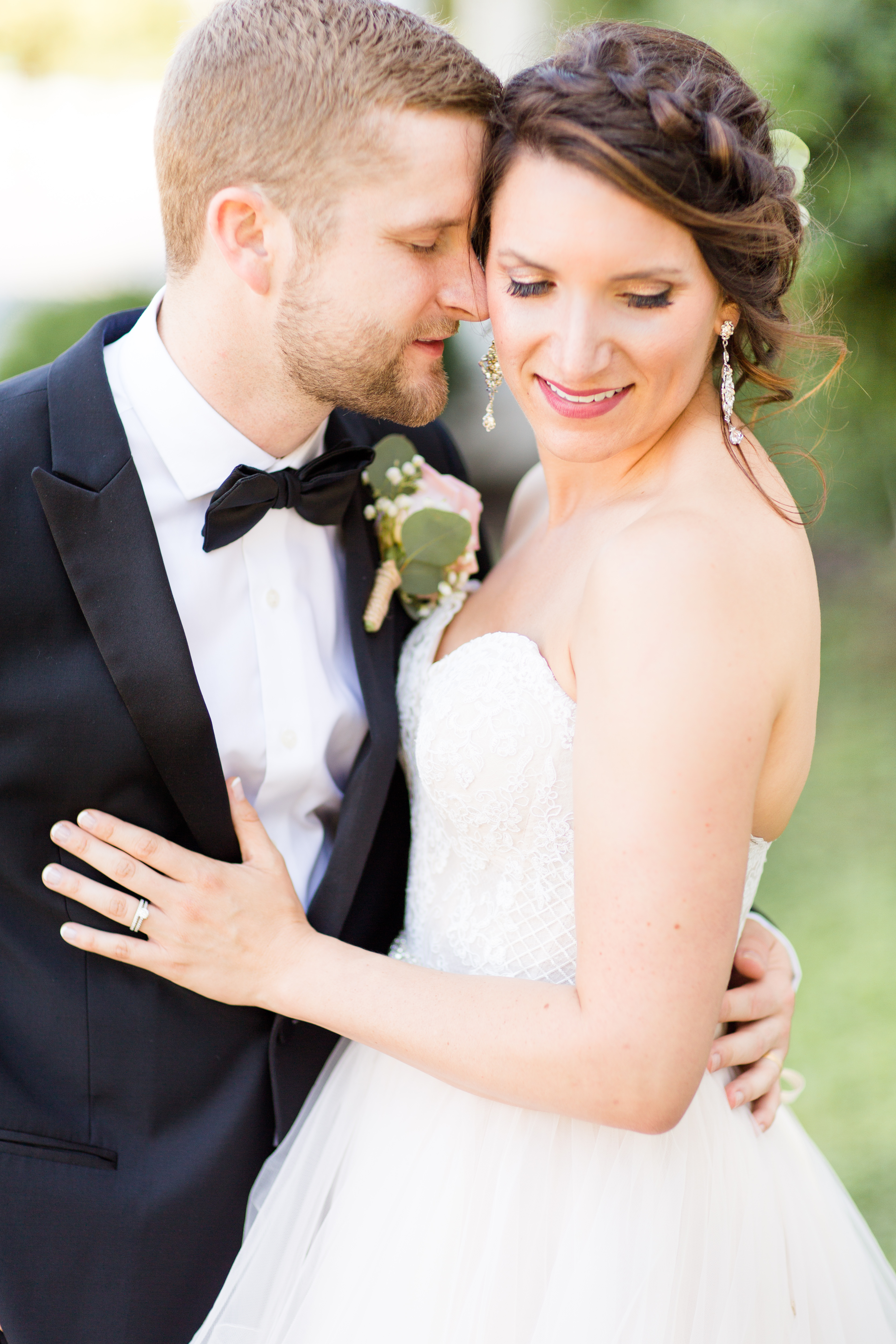 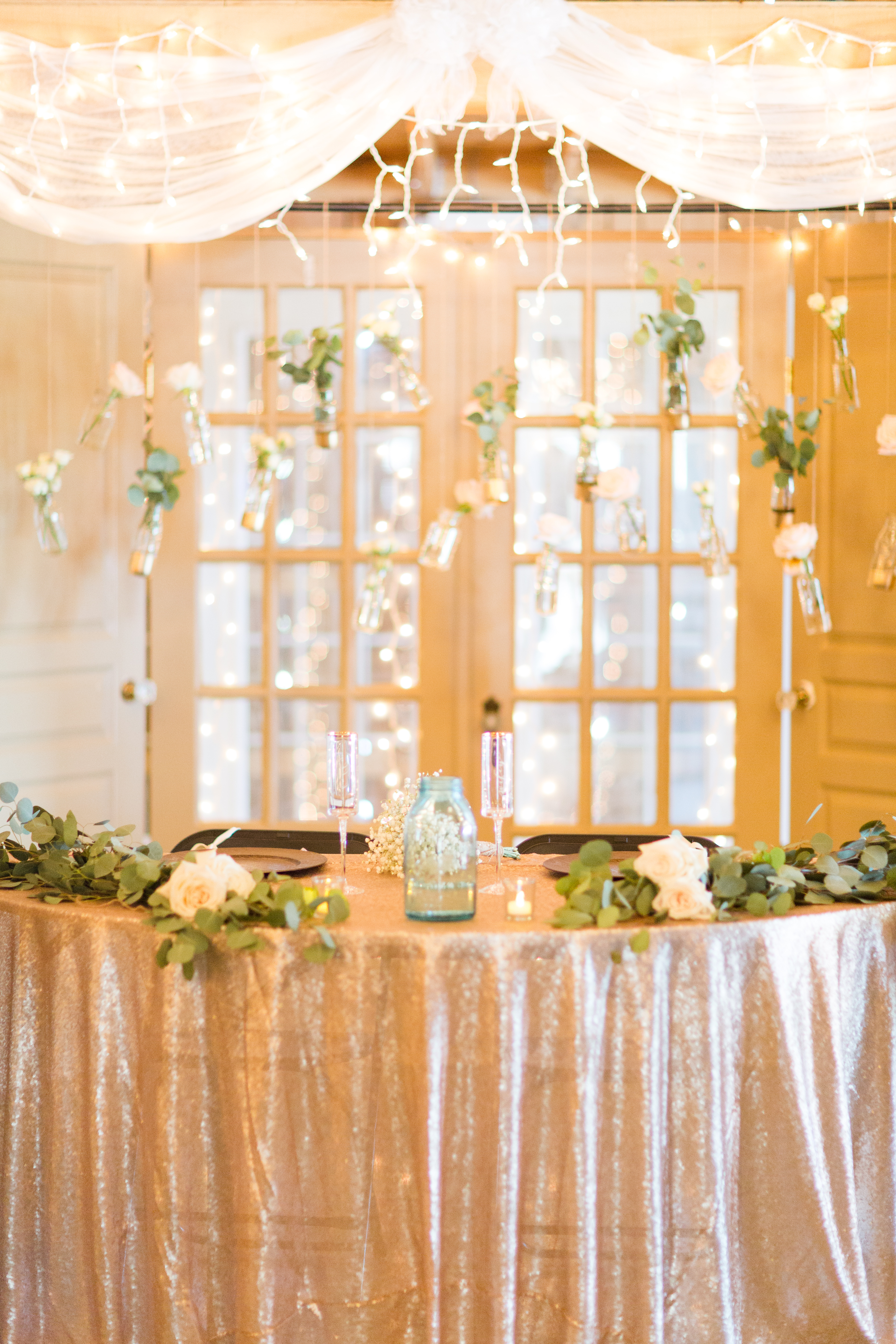 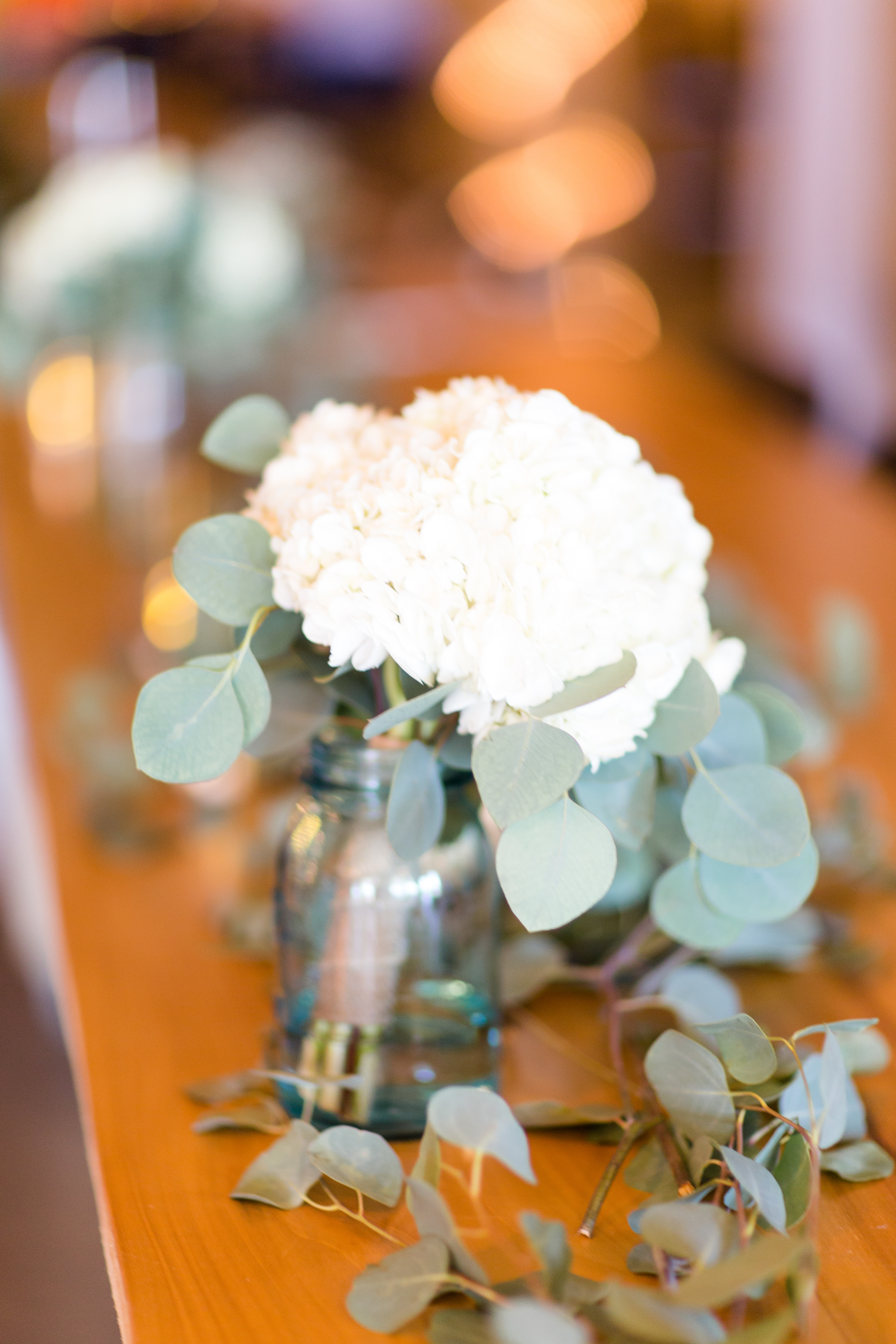 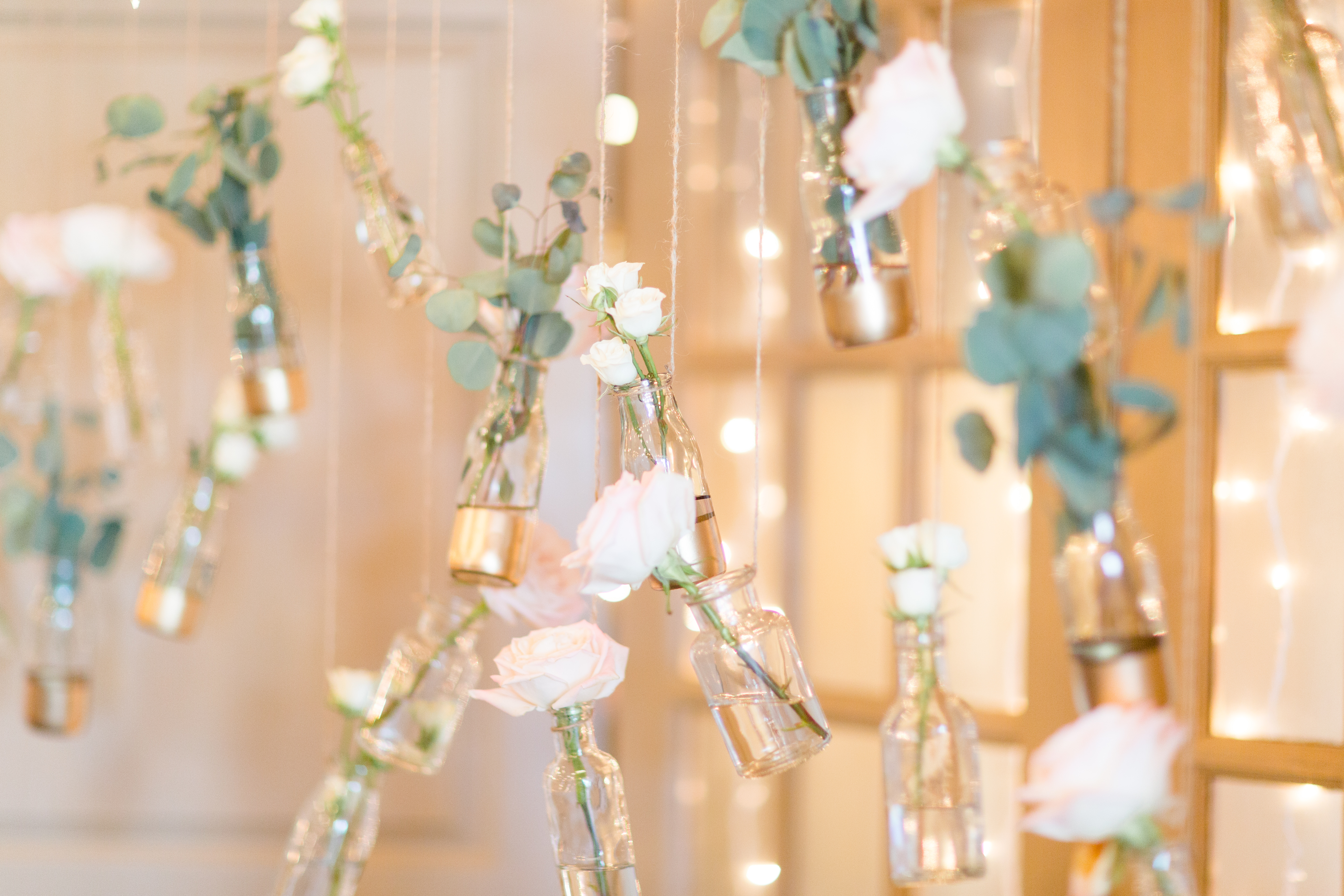 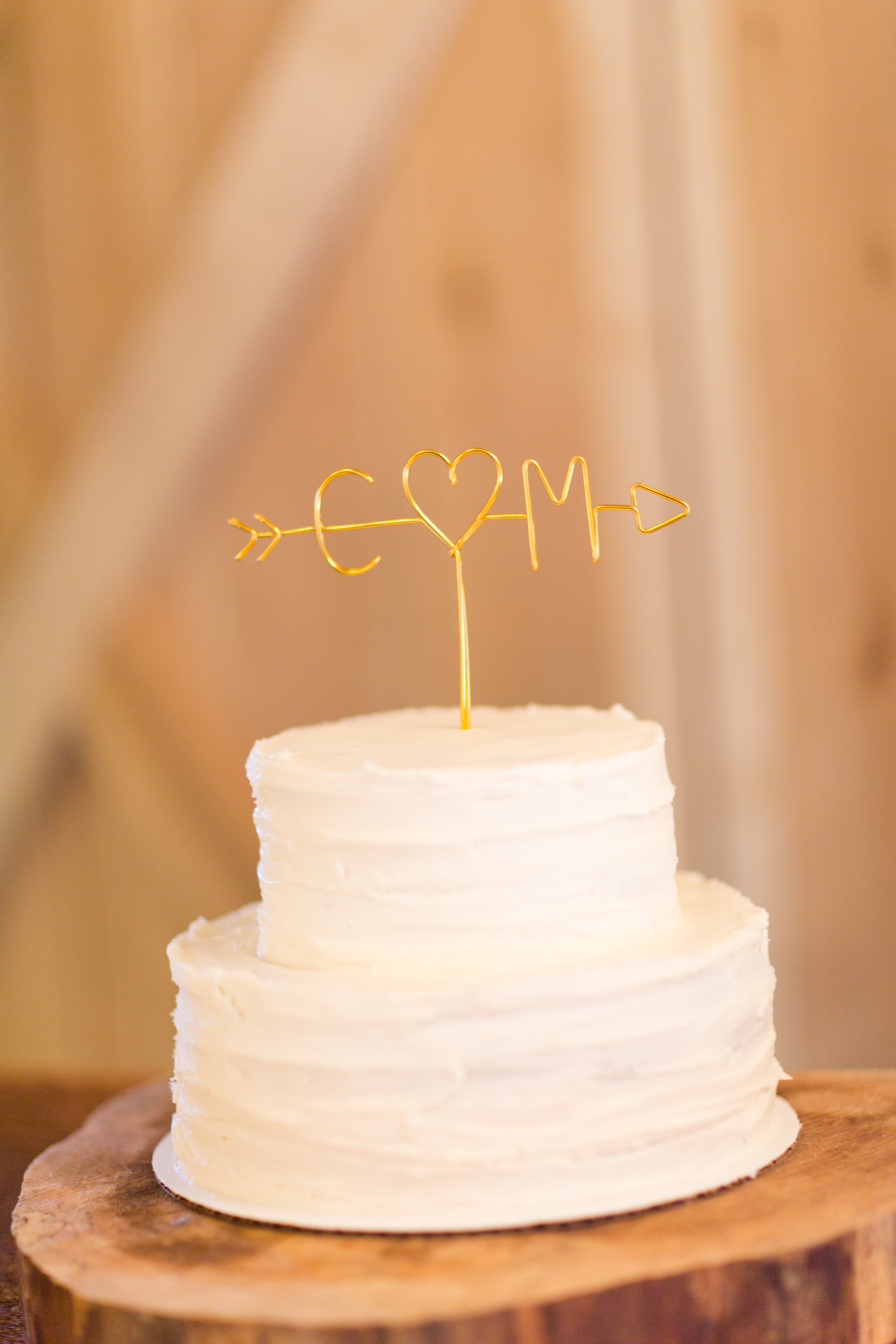 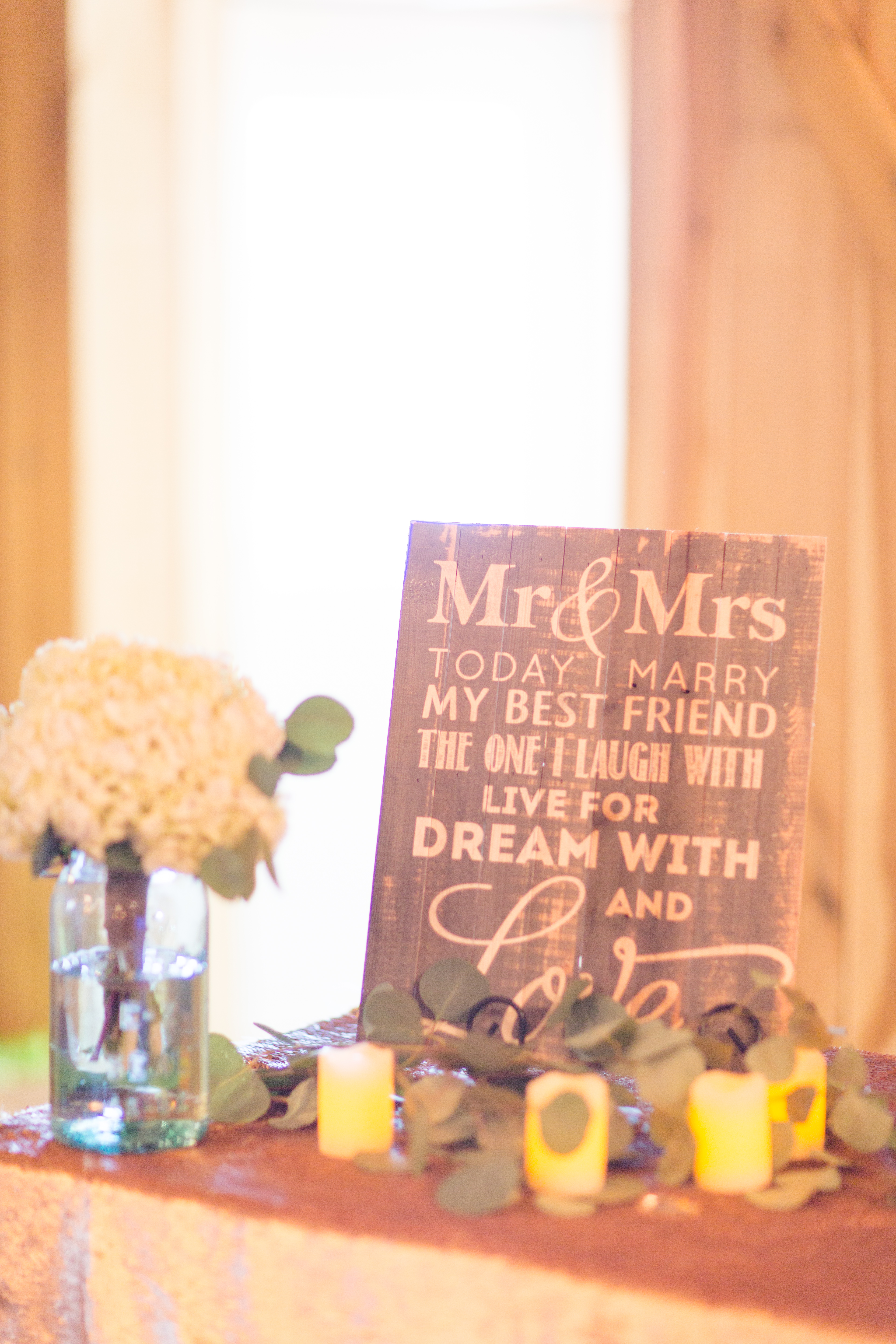 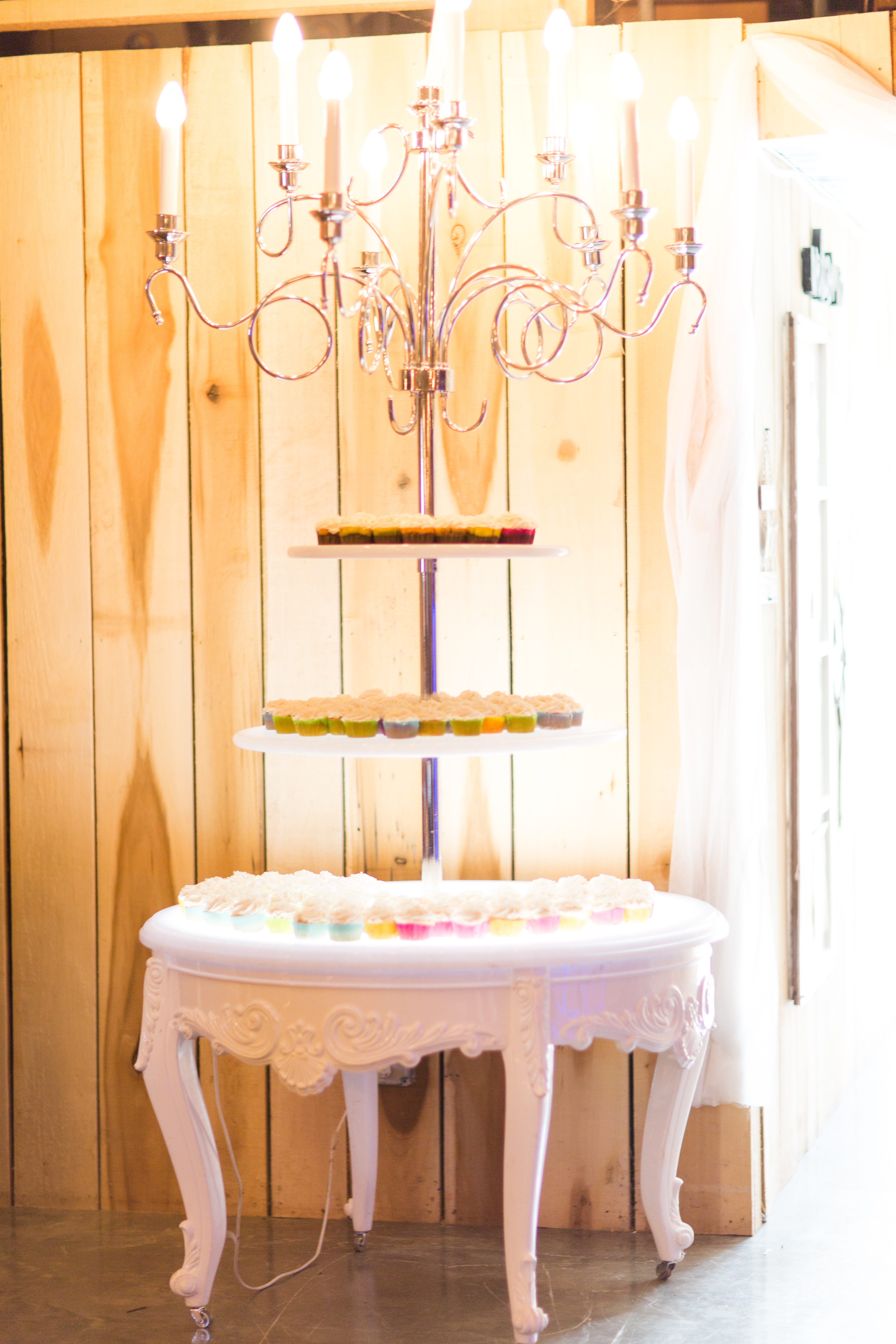 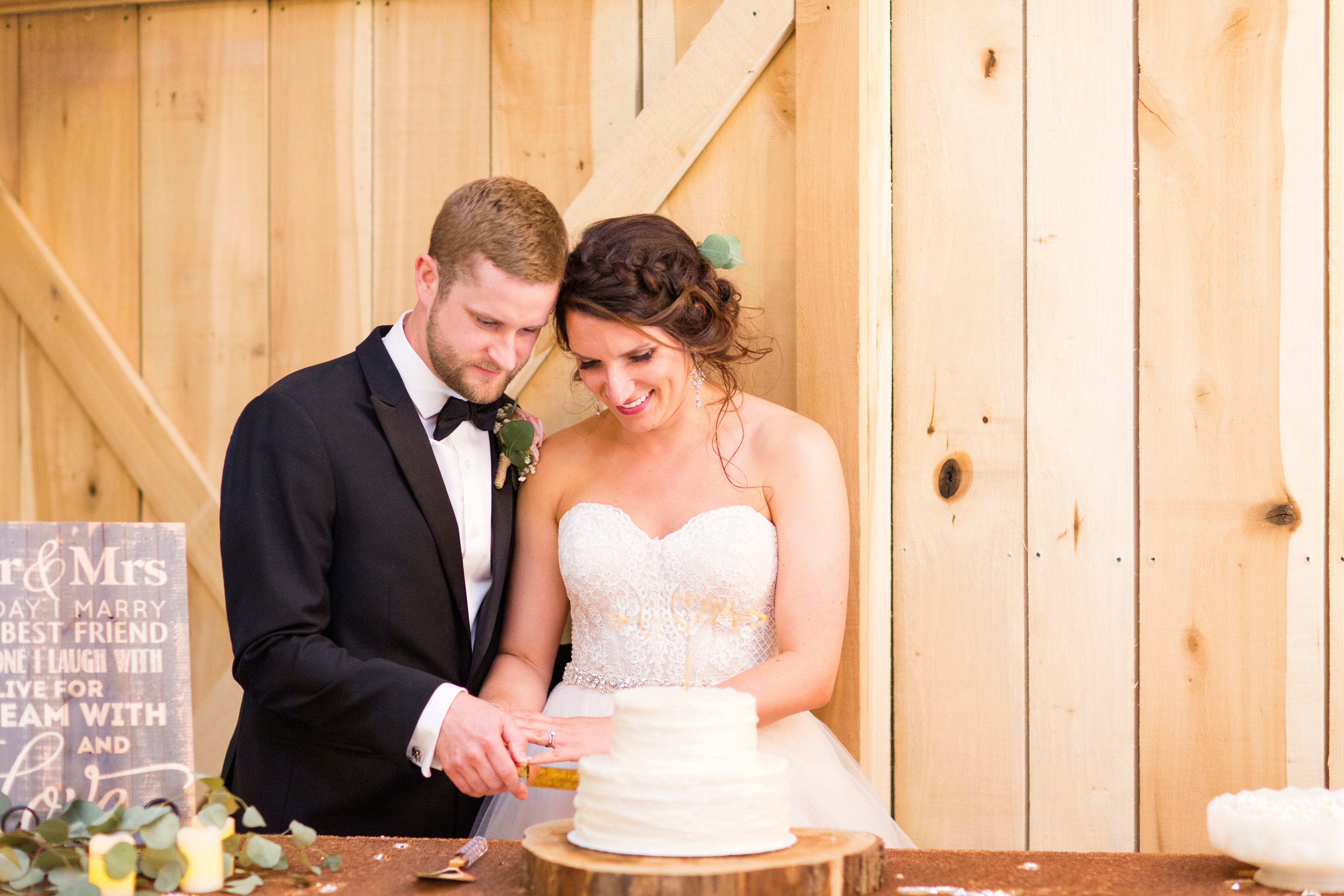 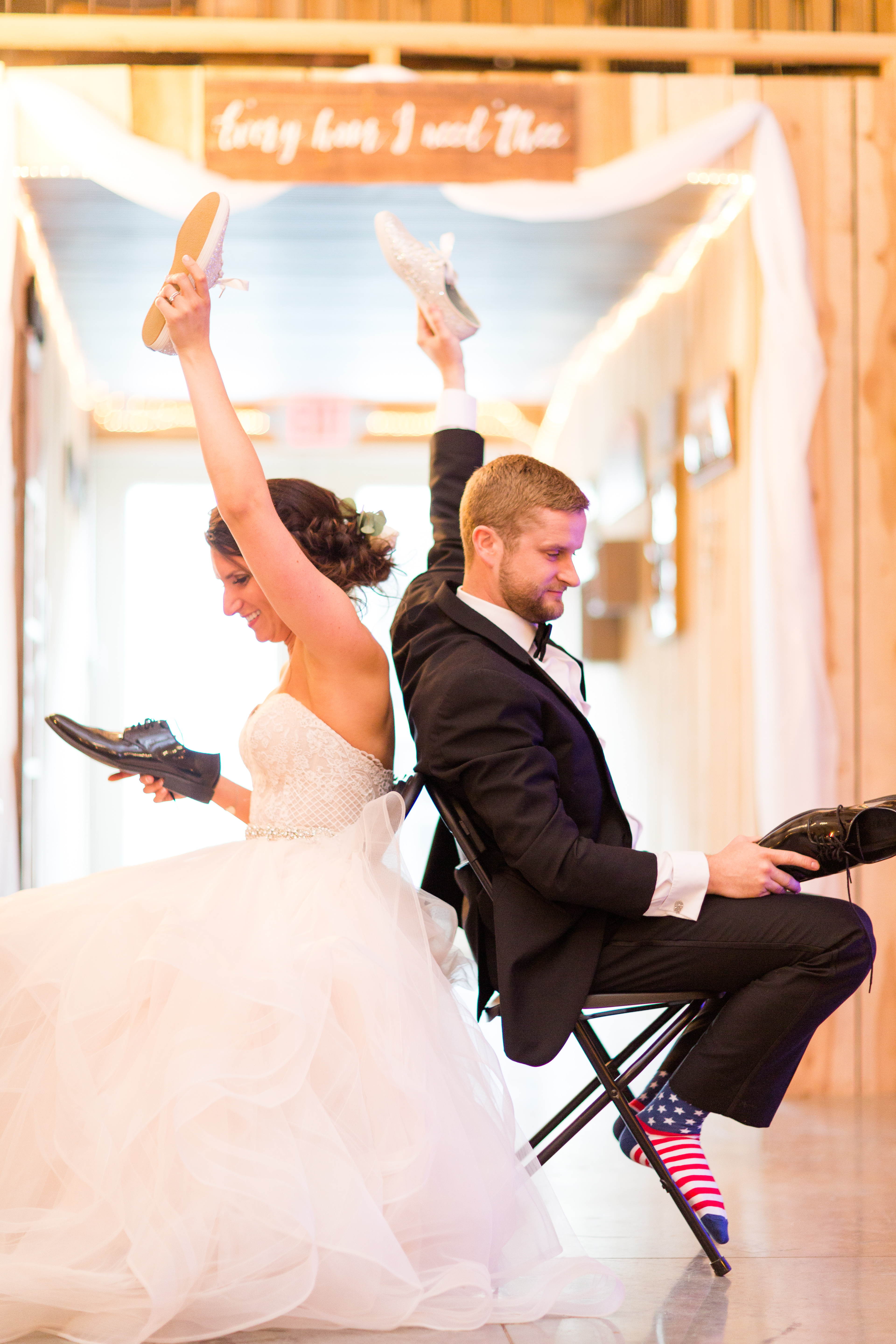 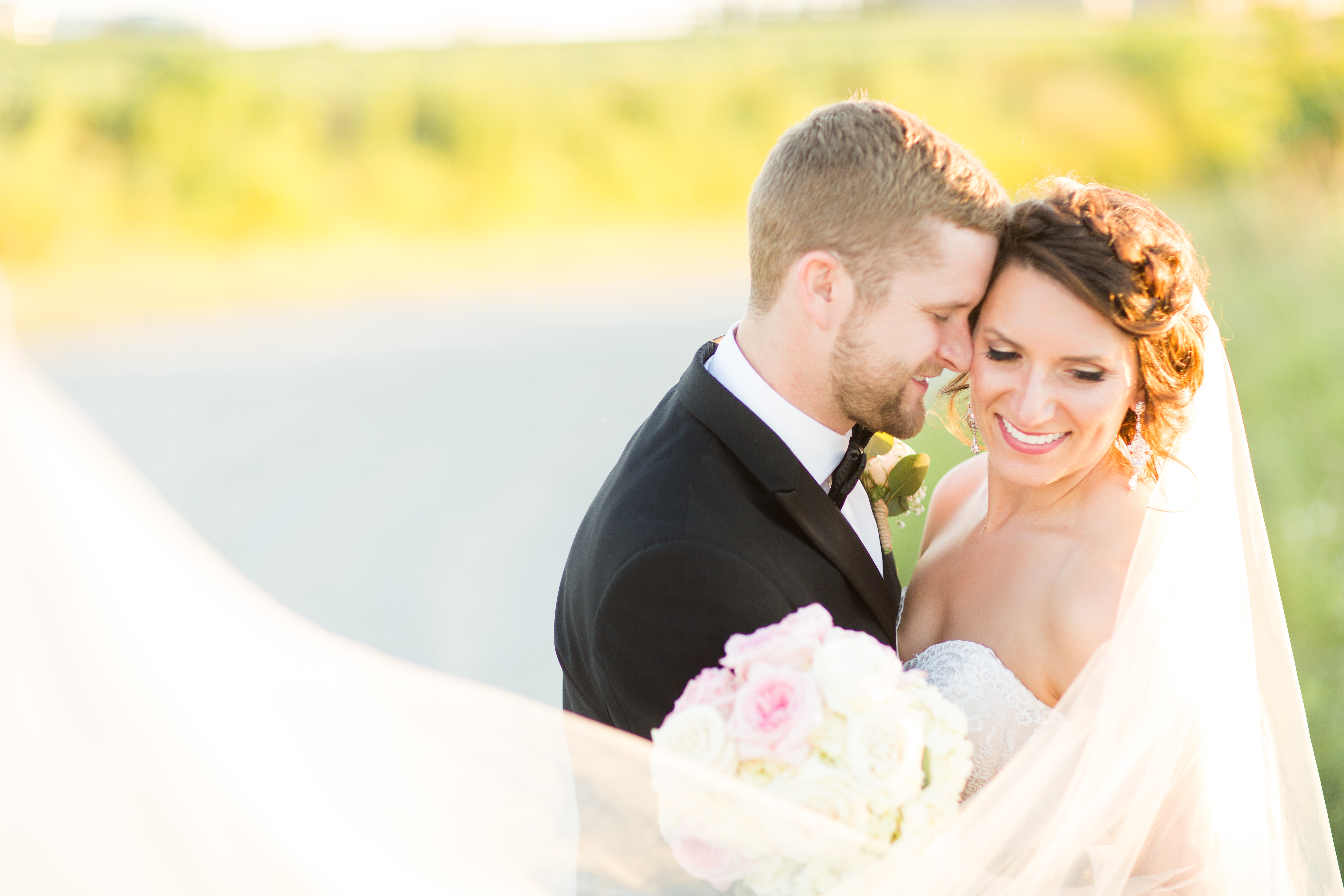 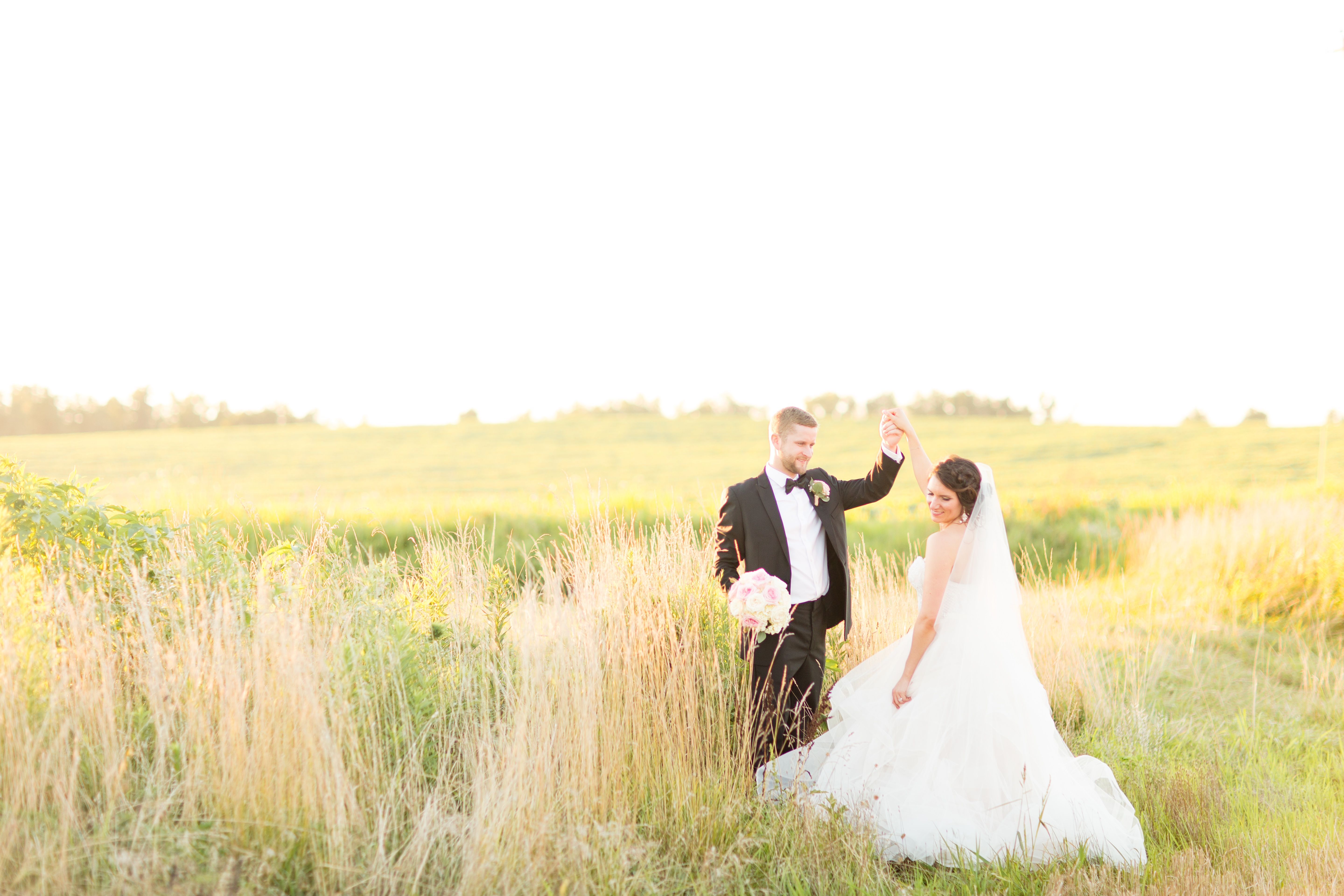