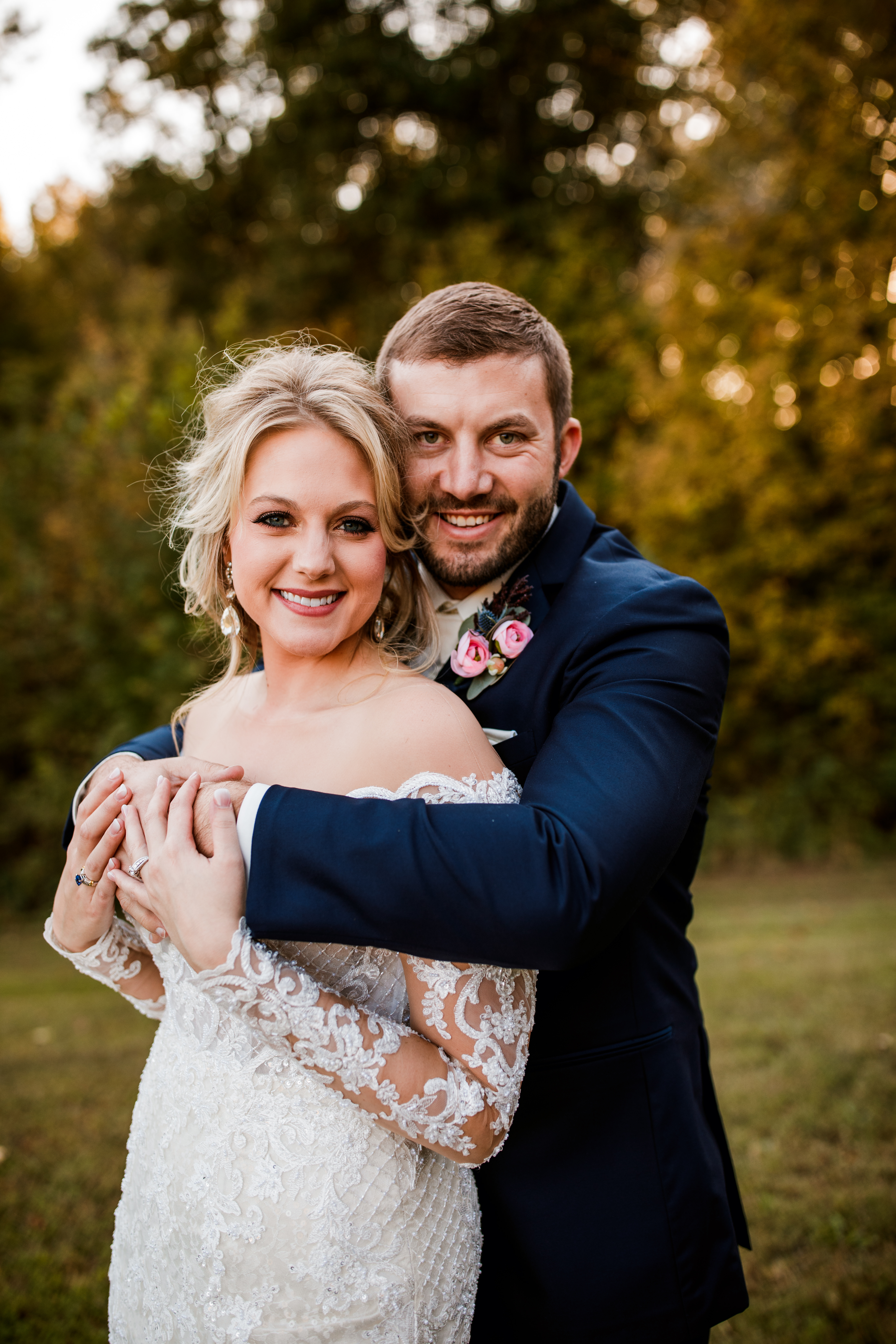 While neither Lauren or Jarrod lived on the Westside of Evansville, their love journey is rooted there. They met unexpectedly as both were standing in line for a ride at the West Side Nut Club Fall Festival. Lauren’s friends played “matchmakers” by pushing Lauren into Jarrod to get his attention, and they have been inseparable ever since. October was again a special month as Jarrod popped the question after a family trip up to Brown County Indiana. It was fitting that they chose to also be married in October, and on the 20th, which is dubbed the “sweetest day of the year.” To celebrate this, they incorporated sweet treats for all their guests. They chose to have their reception at the Discovery Lodge at Burdette Park, also a Westside favorite, as it was centrally located between Jarrod’s family in Henderson and Lauren’s family in Haubstadt. For their décor, Lauren wanted a gorgeous floral and copper filled reception. Special details included miniature golden carriages, copper cups and plates and a greenery wall. But, the most special detail was their favorite line printed on their koozies and written on a sign, “I’ll cross the bridge a thousand times, just to be with you,” in honor of the thousands of trips they took across the Twin Bridges between Henderson and Evansville to be with each other.