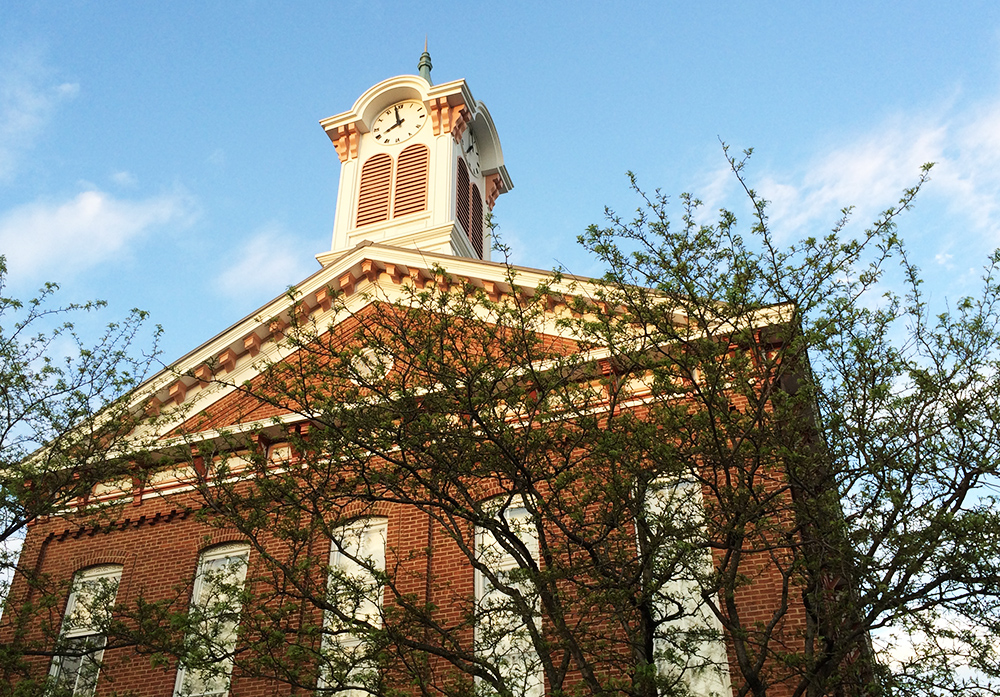 Old Town Hall has served as both the civic and symbolic heart of the Huntingburg community since its construction was completed on June 10, 1886. The Italianate structure, which features authentic Victorian lighting, triple-sashed windows, 14-inch brick walls, and the original tin ceiling, was listed on the National Register of Historic Places on May 12, 1975. Originally built for $13,000, the building was designed to house the firehouse and Town Hall functions. A stage on the east end of the upstairs “Opera House” was used for a variety of entertainment, social and cultural activities through the 1930s.

The architect for the Town Hall was an Evansville architect, Henry Mursinna, a prominent architect in Southwestern Indiana. The design of the structure features elongated second floor windows and a gable roof with decorative brackets under the eaves and across the pediment. The building was constructed by Herman Dickerson Co., General Contractors; Schlessing Brothers, bricklayers; and Herman Rothert, superintendent of construction.

When the school gymnasium was constructed in 1925, many functions were no longer held at the Town Hall. Newly constructed movie houses offered other sources of entertainment for people and general use of the Town Hall as a central gathering destination diminished. The center staircase was removed and the Opera House abandoned. Around 1953, the original cupola and bell were removed. The downstairs of the facility was used as a teenage youth center, the “Teen Canteen” from 1945-1973. The building was also used for city offices until 1971 when they relocated to the city light plant. The structure stood neglected for several years while efforts were organized to save and revitalize the building.

Through the leadership of Mayor Dale Helmerich, Phyllis Menke, Chairwoman of the Bicentennial Committee, and many others, a HUD grant in the sum of $121,400 was obtained for the exterior renovation of the facility. This outside renovation was finished in 1979, complete with a donation by Marion McMurtrie, in memory of her late husband Harold, of the cupola and clock located on the building today. 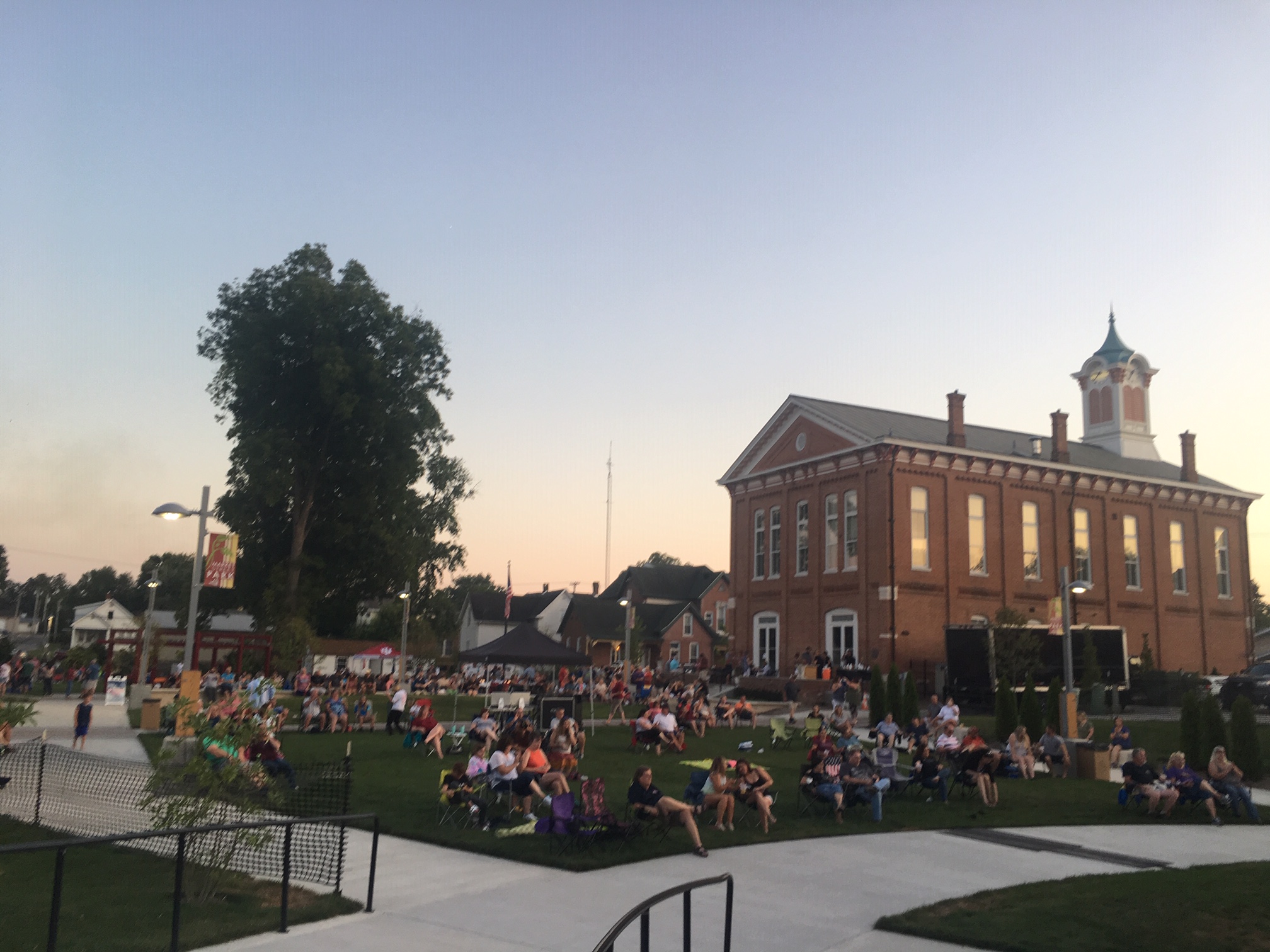 In 1992, Marion established the Huntingburg Old Town Hall Endowment as an effort to further restore the interior of the facility. Different from other endowments, this fund did not focus on awarding scholarships or aiding nonprofits, but recognized the irreplaceable history that was embedded in the building that was Huntingburg’s first town hall.

In 1989, Mayor Connie Nass leased the property to the Huntingburg Foundation to begin renovations, which started in 1990 and was completed the following December. Restoring the building using materials from the Old Huntingburg High School, the community volunteers went to work, refurbishing the building and reinstating the beautiful history it represents. Now, with the annual support of this endowment, the “Old Town Hall” will remain a historical landmark, forever preserving the memories it holds for its community.

History is the proof of where we have been and how far we have come. Some of Huntingburg’s history; however, cannot be found in a book or told in a story, but has been built by the hands and hearts of those in the community, past and present. Old Town Hall continues to serve as the heart of Huntingburg, a symbol, tribute and lasting legacy of the city and a crowning centerpiece in Market Street Park.

Songer, Hugo. The History of Huntingburg. 1987.