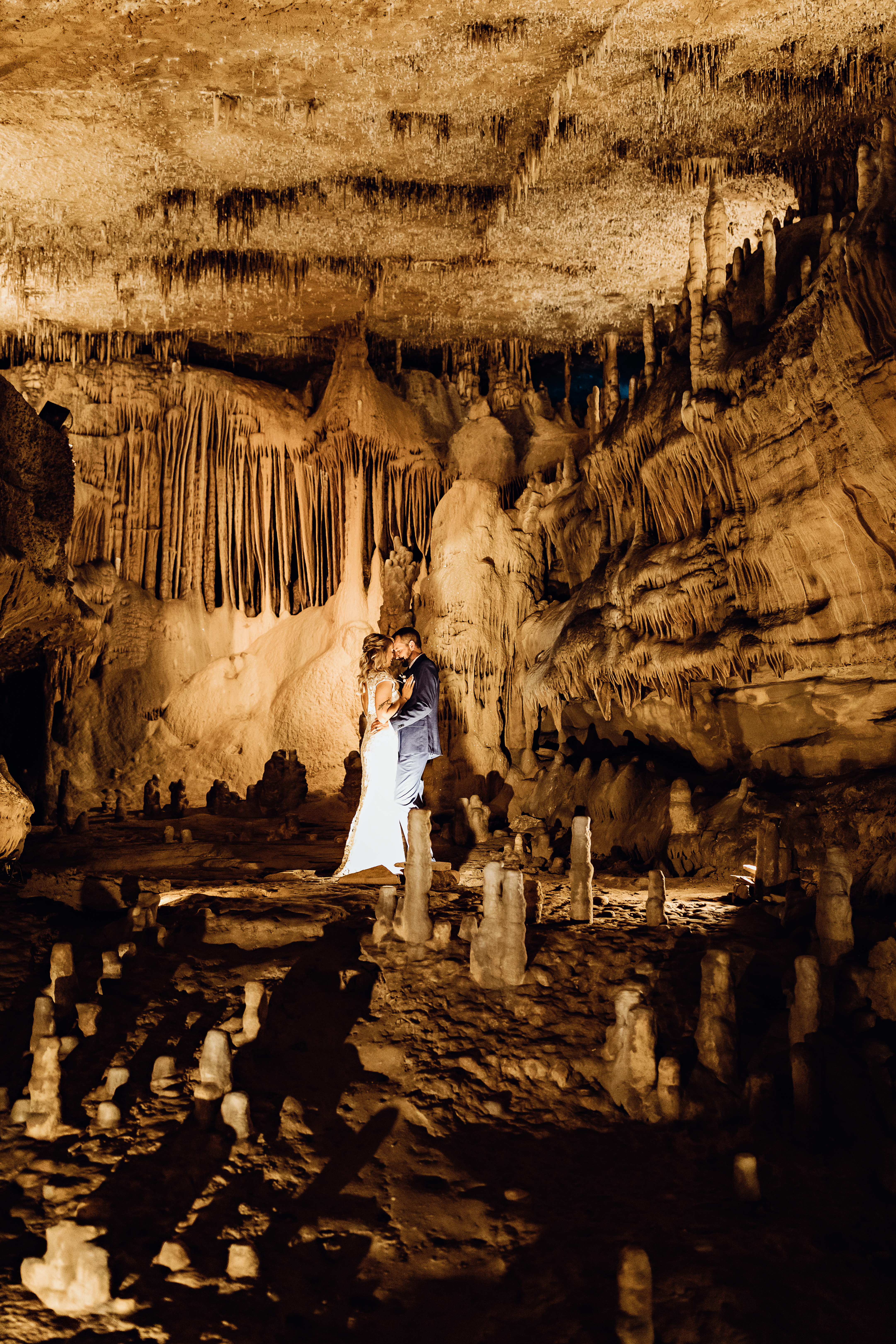 Earl blinded Lindsay with science when she became his co-worker at Harwood High School. She knew from the first moment she saw him that he was her person. Bonding over their shared love of Earth’s natural wonders, their fondness for one another grew and grew. Earl ended up leaving his classroom next to Lindsay’s to pursue a new career choice, yet their love continued to blossom until they became practically inseparable. Earl proposed to Lindsay on the sands of Daytona Beach under a moonlit sky, and soon after they began planning their dream wedding. The couple knew they wanted a small, intimate ceremony but initially struggled to find a venue that suited them. Then one day the couple decided to take a tour of Marengo Cave in Marengo, Indiana. While exploring the breathtaking Crystal Palace, Lindsay mentioned to Earl that it would be awesome to be married in a place that they both found so captivatingly beautiful. Just a few days after their cave tour, Lindsay decided to contact Marengo Cave staff and inquire about booking the natural wonder as a wedding venue. Initially they found her request to be rather strange, but when Lindsay explained the couple’s love of geology, she convinced them to allow her to book the cave for their big day. In an effort to preserve the cave’s natural state, nothing was allowed to be brought in regarding decor. However, the beautiful mineral deposits and formations set a stunning scene that traditional wedding decor could never compete with. Earl created the most fitting boutonniere and bouquet using a gypsum mineral known as Desert Rose. His beautiful creations and music played via bluetooth speaker were all the couple needed to complete their uniquely gorgeous ceremony setting.

Esthetics: Danielle with House of Winks

Reception Venue: The Overlook- Leavenworth, IN