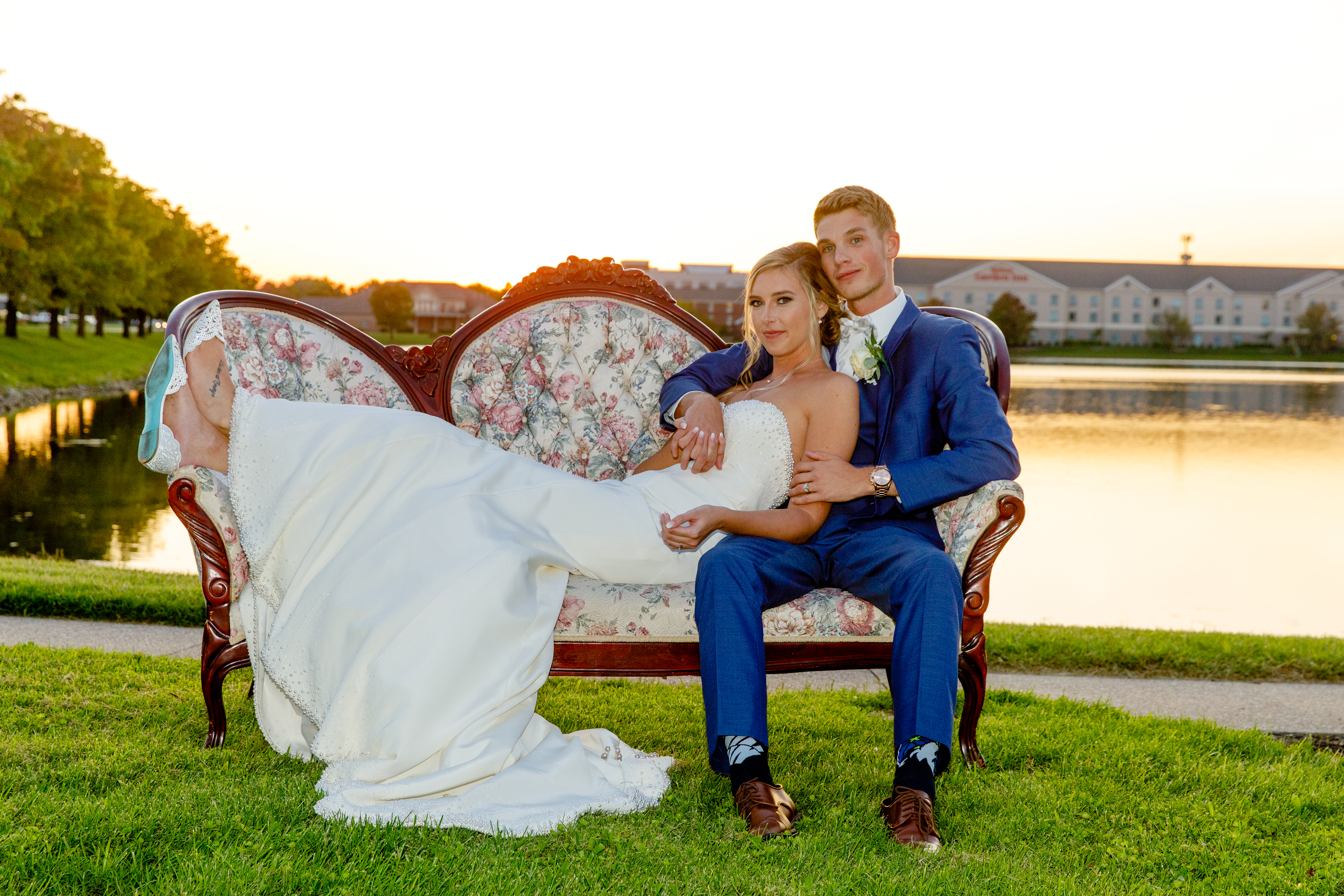 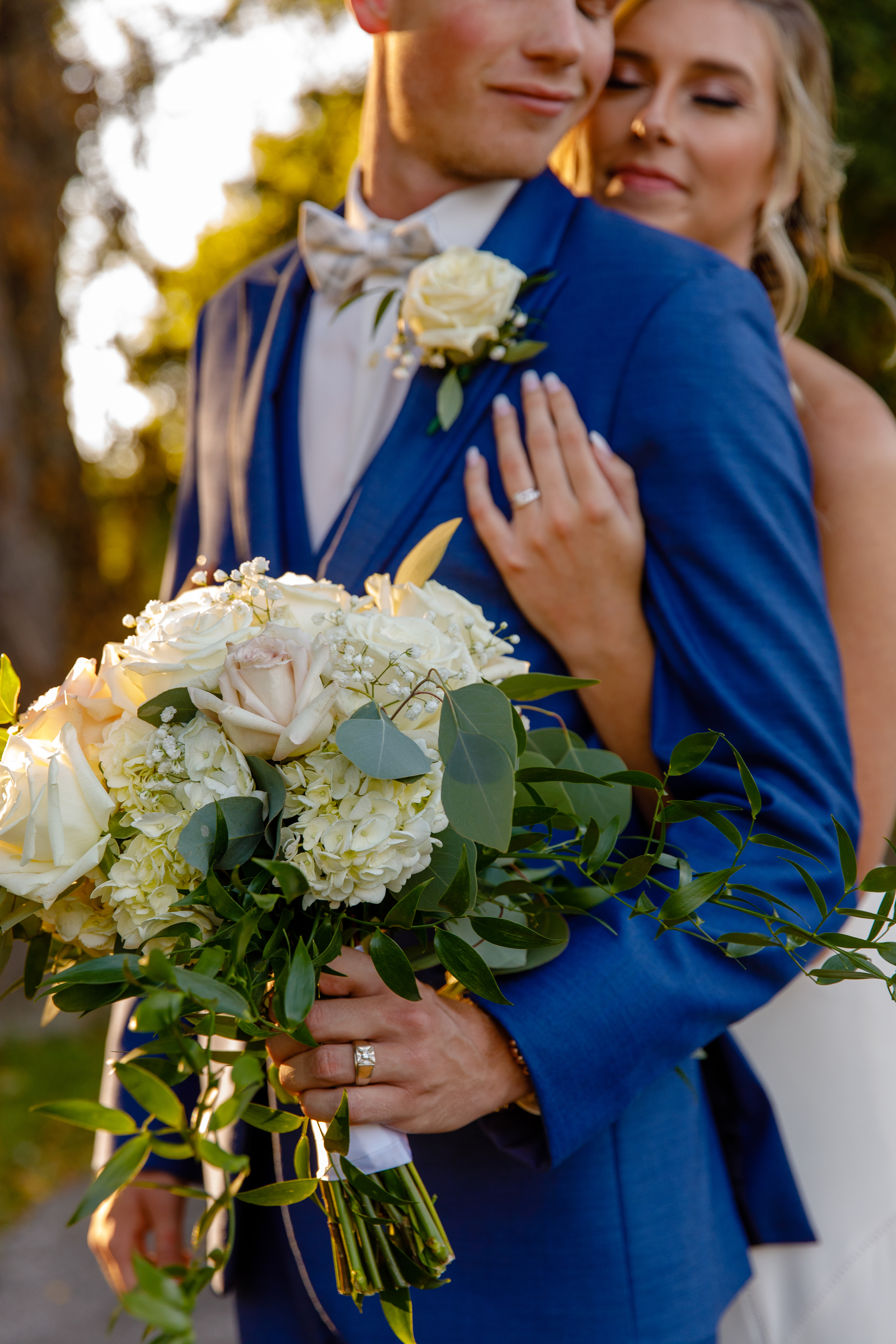 Makalah and Brent met as freshman attending USI. Fate placed them both at the same house party, and Brent set things into motion by sneaking his number into Makalah’s phone. They met up again the next evening and have been an item ever since. On a cold, rainy day in March, Brent tricked Makalah into heading on campus for some food. Once they arrived, Brent surprised her with a lakeside proposal at the USI gazebo. The couple set their wedding date for June 1, but tragically Makalah’s beloved nephew. Gavin, was taken from this world just 5 days before. Makalah describes Gavin, who was only a mere 13 years old at the time of his passing, as “too good for this earth.” The wedding later ended up taking place on September 7 at Christ Church UCC. The design and decor were classically beautiful while still incorporating modern elements such as an elaborate balloon wall behind the head table, geometric vessels, and blue menswear. Rose gold accents shined throughout the room, while lush greenery and white roses added an organic touch. Gavin, having been more like a little brother to Makalah, left an unfillable hole in her heart and her wedding party. To honor him, Makalah included him in the wedding any way that she could. A memorial table was decorated in remembrance, and his picture was blown up and placed where he would have stood with the groomsmen at the church. A photo of him also filled his seat at the head table during the reception at Sweetwater Event Center. Although sweet Gavin was not a physical guest at the wedding, he was certainly the guest of honor. The love Makalah has for her nephew and the couple’s everlasting love for one another was felt by everyone in attendance that day.