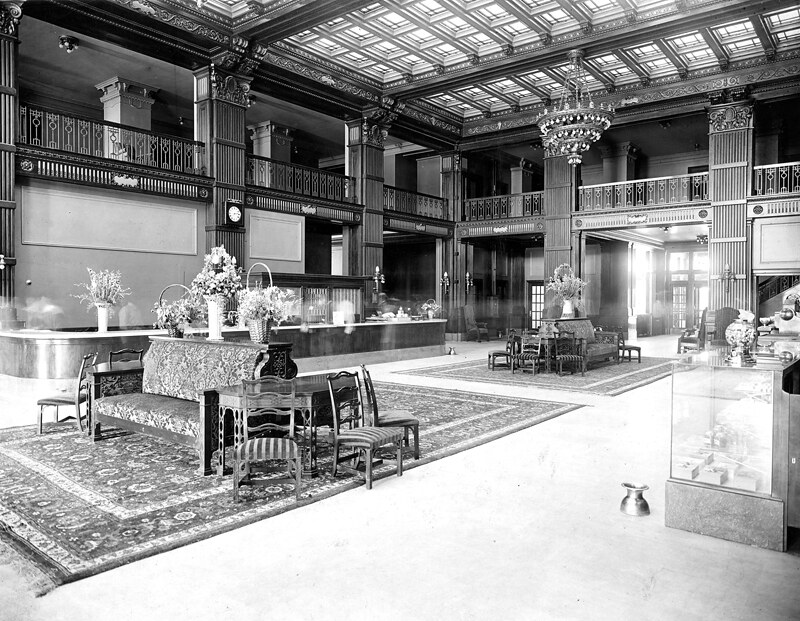 The McCurdy Hotel was developed as “a luxurious facility to aid the city’s expansion efforts.” It was named after Col. William H McCurdy, local industrialist and investor. The aging St George Hotel, on the existing site, was razed in 1915 to build this magnificent hotel. Designed by H Ziegler Dietz, the hotel was opened for business on June 17, 1917.

During its heyday, according to the Courier & Press’s archives, several prominent guests stayed at the McCurdy including Katharine Hepburn, Clark Gable, Sen. Joseph McCarthy and Richard Nixon. However, business at the hotel dwindled in the late 1960s, and the McCurdy fell into bankruptcy. The hotel closed its doors March 16, 1969.

Photos from the Evansville Courier

Local businessman Robert E Green bought the hotel and reopened it. By October 1970, however, Green sold the building, and it changed from a hotel into a residential facility and retirement home. In 2006, it ceased operations. Only now is it coming back to life, and you may have seen it featured in our Emerald City Engaged River Valley magazine inspiration shoot. With stunning architectural features and ample space for vendors, WE CANNOT WAIT to continue to bring you our Engaged Bridal Faire at this riverfront location each year! The facility also has apartments and commercial space for rent as well through Goebel Realty!